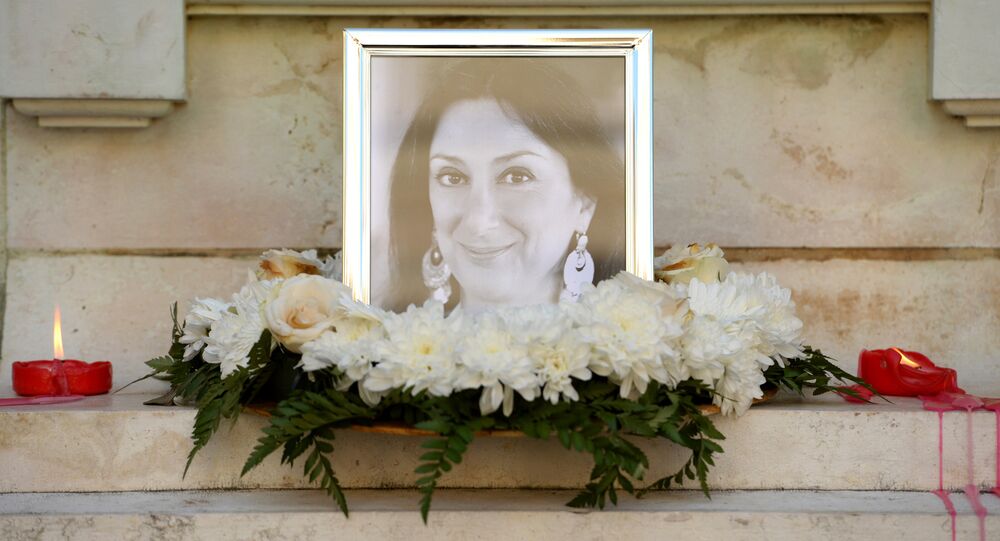 Caruana Galizia, who ran a popular blog on which she relentlessly highlighted cases of alleged high-level corruption involving politicians, was killed in October.

Maltese Prime Minister Joseph Muscat has announced that the police had arrested eight suspects in the murder of a Panama Papers blogger, Daphne Caruana Galizia.

According to him, the suspects are Maltese citizens, with many of them having criminal records.

While no further details have been provided yet, police are set to question the suspects in the next 48 hours.

The arrests come less than two months after Caruana Galizia's car was blown up while she was driving it. The Maltese authorities asked the United States and the United Kingdom to send staff to help the investigation, while Wikileaks founder Julian Assange announced the award of 20,000 euros ($23,600) for any information that could lead tothe killers of the Maltese journalist being convicted.

READ MORE: Maltese Blogger Killed by Car Bomb Was Seen as Either a 'Liar or Crusader'

© REUTERS / Darrin Zammit Lupi
Thousands of Maltese Hold Rally Demanding Justice for Slain Journalist
The blogger and journalist was known for examining various cases of corruption in Malta, with one of her investigations being based on the so-called Panama Papers, high-profile leaked documents of Panamanian law firm Mossack Fonseca, published in 2016, which had lead journalists to reveal alleged illegal finance practices of officials and public figures from various countries.

According to Galizia's own investigation based on the Panama Papers documents conducted in April, the Malta prime minister's wife Michelle was the owner of offshore company Egrant, which had received major payments from abroad, with Muscat and his wife denied the blogger's claims.