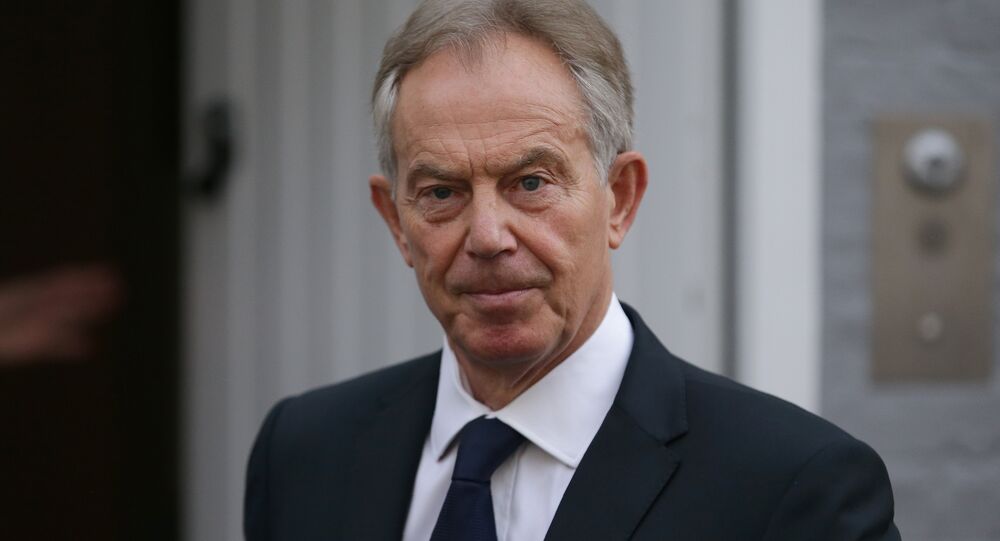 Tony Blair is Back: ‘It is Absolutely Necessary That Brexit Doesn't Happen'

Tony Blair has recently come out of the shadows and said that he believes that the British voters deserve a second referendum on EU withdrawal. In an interview with BBC Radio 4 the former British PM said that he is trying to reverse Brexit.

Tony Blair has jumped on the bandwagon to reverse Brexit, as he believes it will do much damage to the United Kingdom’s economy and politics.

“When the facts change, I think people are entitled to change their mind,” Blair said in an interview with the BBC.

The former PM was referring to the “crumbling” National Health System (NHS) saying that the “£350m per week for the NHS” promise has now been exposed as untrue and that is a “national tragedy.”

© REUTERS / Tolga Akmen/File Photo
Scottish First Minister Urges UK PM May to Put Economy First in Brexit Talks
The former prime minister believes that Theresa May is trying to negotiate a deal that risks leaving Britain in a worse state.

According to Blair, the governments’ aims in the Brexit negotiations will fail because it wants to leave the single market, but keep all of the benefits. According to him the voters can change their minds.

The recent poll published in the Mail on Sunday newspaper revealed that Brexit supporters argue that any attempt to stop the exit process would be anti-democratic.

Adding fuel to the fire, Damian Green, Theresa May's effective deputy, has recently been subject to a sexual misconduct investigation. The current investigation into Green was launched November 1 following allegations of inappropriate behavior towards a young Conservative activist, Kate Maltby.

While Green faces the allegation, Theresa May heads to Brussels.

Some sources say that around 40 to 55 billion euros will be paid to Brussels. Although the initial gross financial settlement will come up to 89 billion pounds upon withdrawal from the EU bloc, the United Kingdom hopes that the final net bill will be reduced by 50 percent.

The two parties will also need to clarify issues related to the Northern Irish border and the status of the EU citizens.

© AFP 2020 / Jeff J Mitchell
Tony Blair Reportedly Sponsored by Wealthy Arab State While Working as Envoy in MidEast
Tony Blair however feels that the promises made by the Brexiteers are not to be trusted. “A lot of people will have voted for Brexit on the basis that if you get out of Europe, all this money is going to come back and we can spend it on the health service. And that was a very specific promise made by the Brexiteers,” he said.

The former PM added that he wanted Labour to be the leading UK party again to promote “proper, modern, progressive politics.”

His own version of “modern and progressive politics” involved invading Afghanistan and backing then-US President George Bush to remove Saddam Hussein from power. The invasion, which took place without the approval of the UN, was based on a belief that Saddam had “weapons of mass destruction.”

Although his party was reelected in 2001 and 2005 his reputation was damaged and the government was divided between his supporters and Brown’s. Then the UK financial crisis transpired and Blair eventually stepped down in June 2007.