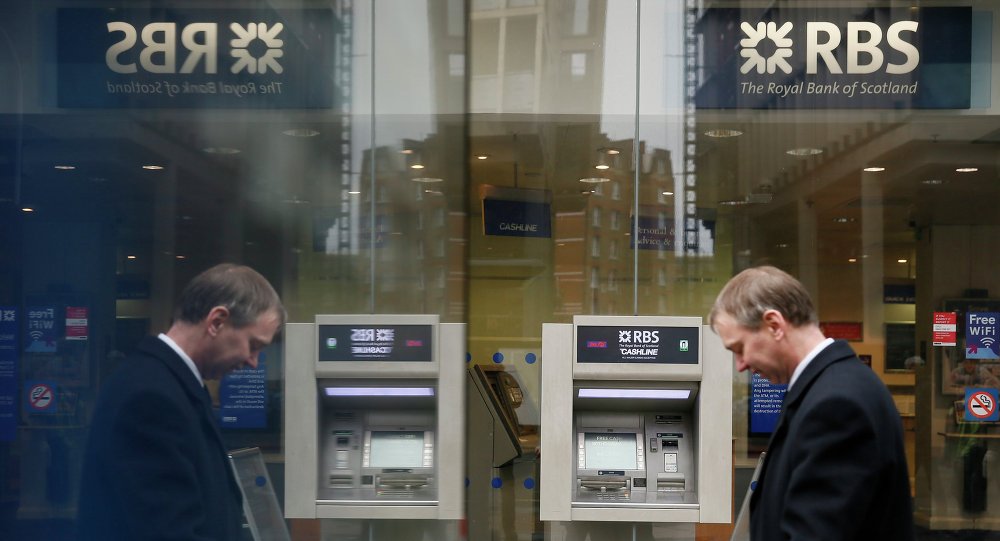 Faced with a current drop in branch use, as people increasingly bank on the go, the Royal Bank of Scotland is shuttering closing 259 offices and shedding almost 700 jobs, British media wrote.

Critics argue that the decision by the RBS, which continues its rehabilitation from its state-backed bailout in 2008, could hurt older people and small businesses for whom visiting a bank branch remains a way of life.

"This announcement will forever change the face of banking in this country resulting in over a thousand staff losing their jobs and hundreds of High Streets without any banking facilities,” Rob MacGregor from the Unite union, which represents bank workers, told the BBC.

He described the planned cuts as “savage.”

© AP Photo / Alastair Grant
Short-Changed: UK Chancellor Called to Justify Govt Sale of RBS
Meanwhile, the RBS pointed to a 40 percent drop in the number of customers visiting branches across the nation while online transactions have spiked by a hefty 73 percent.

“Over 5 million customers now use our mobile banking app and one in five only bank with us digitally,” an RBS spokesperson said.