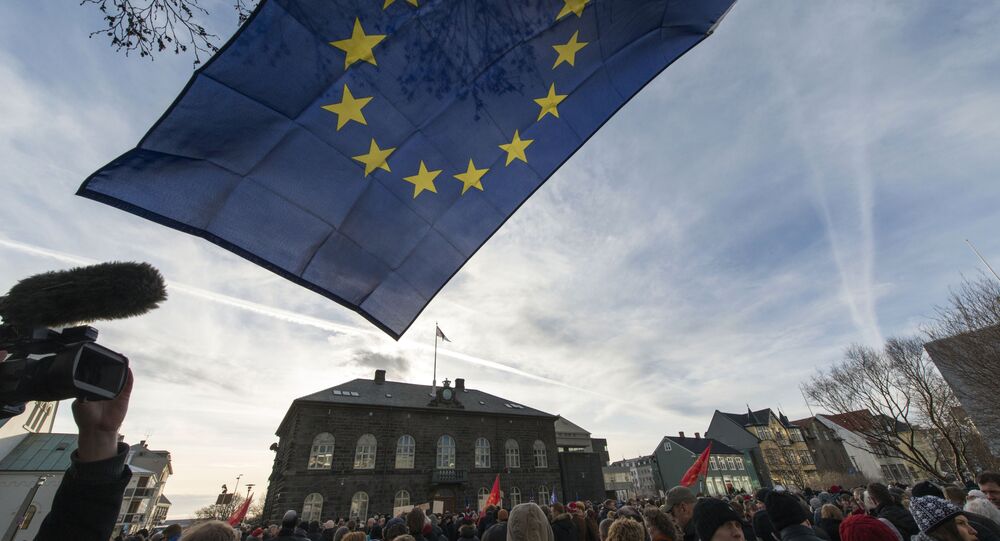 Chatham House has surveyed over 10,000 Europeans in an attempt to produce a detailed picture of their views of political and social issues and add additional colors to the dichotomy of pro-EU and anti-EU attitudes.

Those hesitating over the future of European integration constitute the majority in the political spectrum of the European Union, a recent analysis has shown.

The study by Chatham House has revealed that when it comes to how Europeans identify themselves there are six different "political tribes," with the largest group, 36 percent, consisting of "hesitant Europeans."

The analysis explains, "They sit in the middle on many issues, and need persuading on the merits of the EU. They tend to be apathetic about politics, are concerned about immigration and tend to prioritize national sovereignty over deeper EU integration."

It also added that despite the fact that hesitant Europeans are generally proud to be European "they need persuading on the EU’s merits."

The second largest group identified by the study is referred to as "contented Europeans," who are optimistic and pro-European. The make up  23 percent. They are young and broadly socially liberal, but "tend to favor the status quo" when it comes to the future of European integration.

The two "tribes" on the extremes of the spectrum are the "EU rejecters" (14 percent) and the "federalists" (8 percent). According to the report, although these two groups are relatively small their voices are disproportionally loud in the political sphere.

The two remaining groups are the "austerity rebels" and the "frustrated pro-Europeans," each with nine percent.

As for the "austerity rebels," they believe that the EU is undemocratic and want to give powers back to  national governments. They, at the same time, believe that richer European states should support poorer ones and also endorse the idea of each state accepting its share of refugees.

The "frustrated pro-Europeans" are positive about European integration but unhappy with the current state of affairs in the bloc.

"They want an EU that is driven by progressive values, but they do not feel as though this is the case at present. Members of this tribe tend to think that more powers should be transferred to the EU," the study says.