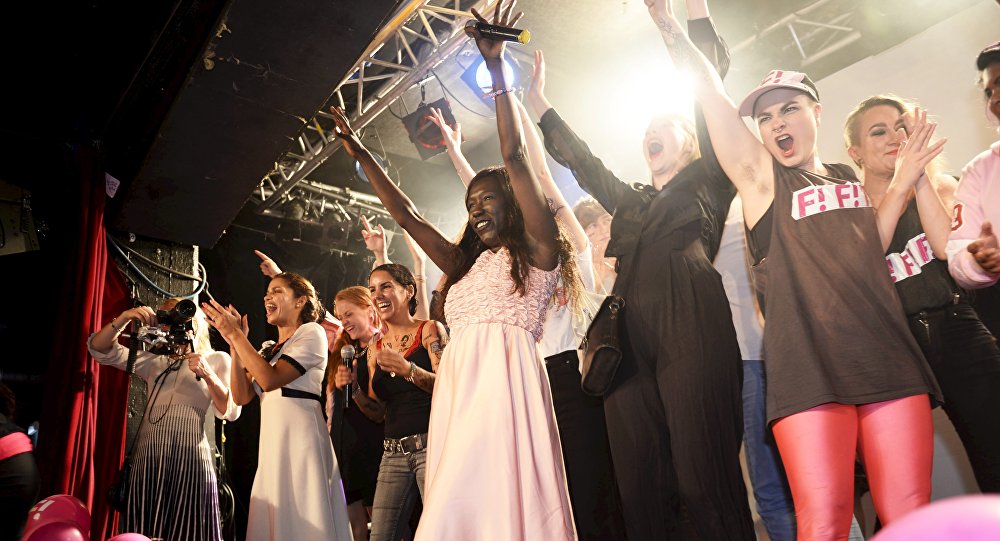 Sweden, recently voted the best country in the world for migrants, is setting out to justify this moniker, as the Nordic country is intending to shatter the "glass ceiling" for migrants in Swedish politics to boost their representation.

Foreign-born people find it harder to make political careers compared with locals and are less likely to reach positions of power even after decades in the Scandinavian country, new research by the Swedish Institute for Social Research at Stockholm University uncovered.

Although, more foreign-born residents are getting involved in Swedish politics, their number was still found to be disproportionately small even in municipalities with high a percentage of immigrants.

"For the foreign-born, it is relatively easy to get into politics in lower-level positions where less influence is exerted. However, they are much less likely to get an assignment with more influence, such as, say, board chairperson or municipal councilor," scientist Johanna Rickne at Stockholm University told Swedish Radio.

The research was based on data from all municipal elections held between 1991 and 2014 amid growing immigration to the Nordic country.

The report found that poor representation of immigrants in higher posts in comparison with ethnic Swedes was not based on differences in education, age, sex or income. However, researchers discovered that it becomes progressively easier for the "new Swedes" to make political careers the more time they spend in the Nordic country.

The second generation, born in Sweden into a family of one or two foreign-born parents, was found to do better in climbing the career ladder, however their percentage is still well below that of politicians with two Swedish-born parents.

Immigrants from the Middle East, Africa, Latin America and Asia were found to have a more tortuous political career than those from Scandinavia, the EU and North America.

Perhaps unsurprisingly, left-wing parties, such as the Left, the Green and the Social Democrats, which are generally more embracing of immigration, tend to have a higher percentage of foreign-born participants. However, even in the Sweden Democrats, the most right-wing party in the Swedish parliament, which is fiercely opposing further immigration, about 14 percent of its members are of immigrant origin. Nevertheless, researchers found no significant differences in career opportunities for immigrants between the right and the left on the political spectrum.

According to Johanna Rickne, the parties should do more about what she perceives as a problem, as representation is crucial for political decisions.

"If we consider the slow integration into the Swedish labor market a problem, foreign-born politicians would be a fitting group to address it, because they have better insight and by their own admission prioritize these issues," Johanna Rickne explained.

The list of most notable Swedish politicians of foreign background includes Hanif Bali of the Conservatives, Amineh Kakavabeh of the Left, incumbent Democracy Minister Alice Bah Kuhnke of the Greens. Ugandan-born Victoria Kawesa was formerly co-leader of the Feminist Initiative, yet stepped down citing "personal reasons" after being accused of plagiarism and copyright violations.

​By 2011 Statistics Sweden indicated that around 27 percent of Sweden's population of 10 million had a full or partial foreign background. Over the last two years alone, however, Sweden has taken in over 200,000 immigrants. In 2016, about 17 percent of public servants were born abroad.