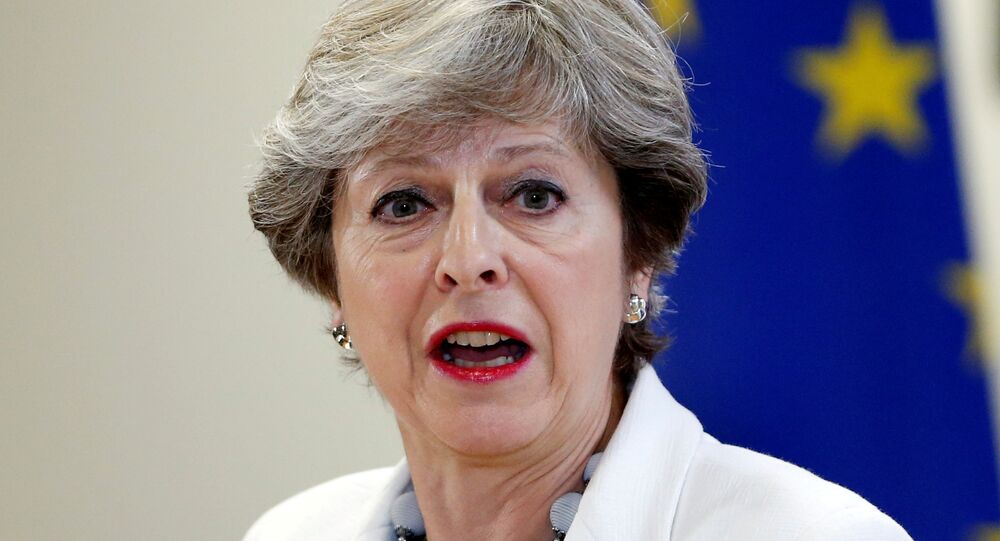 A sizable Brexit 'divorce bill' has reportedly been agreed by the British PM Theresa May and the European Union. What will the billions of paid out euros be spent on once the money leaves the UK pocket?

Following reports of British offers in recent days, EU representatives have assured the public that the negotiations on the financial deal are still in progress, as Britain and the bloc also push to reach accords on two other key divorce conditions before a crunch meeting on Monday.

The sum on cards is reportedly around 50 billion euros.

The US$60 billion bill will cover obligations in three main areas — legally binding budget commitments that will be paid after the UK secedes, pensions for EU officials, and contingent liabilities (such as bailout loans to Ireland) only requiring payment in certain circumstances.

​Pension contributions may be the most immediately controversial of the UK's commitments, as they necessitate the UK funding the retirements of EU officials old and new as long as they live — and the Pension Scheme of European Officials is extremely generous compared in European terms, with retired EU staffers receiving nearly US$80,000 annually.

Dear Philip Hammond,
I do not want my hard-earned taxes to be used to pay for a Brexit divorce. I pay taxes willingly to support schools, hospitals and those less fortunate than myself. I’m sure the 17m leave voters are prepared to pay the £58,383 each to back up their decision.

​In a February report, the Center for European Reform suggested one less contentious option could be for the UK to only cover the costs of British citizens within EU institutions.

The organization calculated that around 3.8 percent of serving EU officials UK British passports, and make up around 8 percent of the roughly 22,000 drawing benefits from the PESO scheme. Paying their benefits would cost US$95 million alone in 2017.

‘They owe us money, we morally owe them money. Let’s call it quits. It’s time for us to simply walk away’ — Nigel Farage says the government is ‘selling out’ over the £50bn Brexit divorce bill. Let us know your thoughts pic.twitter.com/xZ8ANHpsw9

​Leavers are also likely to be extremely unhappy about the internal projects the divorce bill will partially fund.

Unconfirmed reports suggest the money could be used to bankroll initiatives such as the installation of free Wi-Fi in parks, squares, public buildings and Greek hotels.

Among other reported initiatives was renovating the former Paris home of EU founding father Jean Monnet, and most ironically, a series of projects aimed at challenging euroskepticism across the bloc and free rail passes for young Europeans, aimed at fostering a sense of "European identity."

By definition, one country that won't be benefiting directly from the EU budget moving forward will be the UK itself — and Dr. Simon Usherwood, Senior Politics Lecturer at the University of Surrey, noted the European Investment Bank previously funded projects in the country "to the tune of billions," including the creation of new schools, hospitals and universities.

Whether the UK will profit indirectly from infrastructure and other investments in the EU depends very much on the former's relationship with the latter post-secession.

​"Many people seemingly labor under illusion the UK funding projects elsewhere in the EU is of no benefit to the UK itself, but if you improve the connectivity of European countries that are part of supply chains British firms rely on, you improve the productivity of those businesses — that's a clear benefit," Mr. Usherwood told Sputnik.

​Despite this lack of direct return on investment, Dr. Usherwood still believes the bill figure to be "fair" — the divorce bill represents economic and financial commitments the UK previously entered in to, such as contributing to the European Investment Bank. If the UK were to renege on these commitments, he suggested, its status in the international financial markets would "go through the floor" — the country would be seen as an "irresponsible creditor."

​Nonetheless, the academic remains skeptical about the UK's prospects post-divorce.

"The EU comprises half Britain's exports, but the UK represents a mere 10 percent of the bloc's exports. Is Brexit a disaster waiting to happen? Potentially," he said.