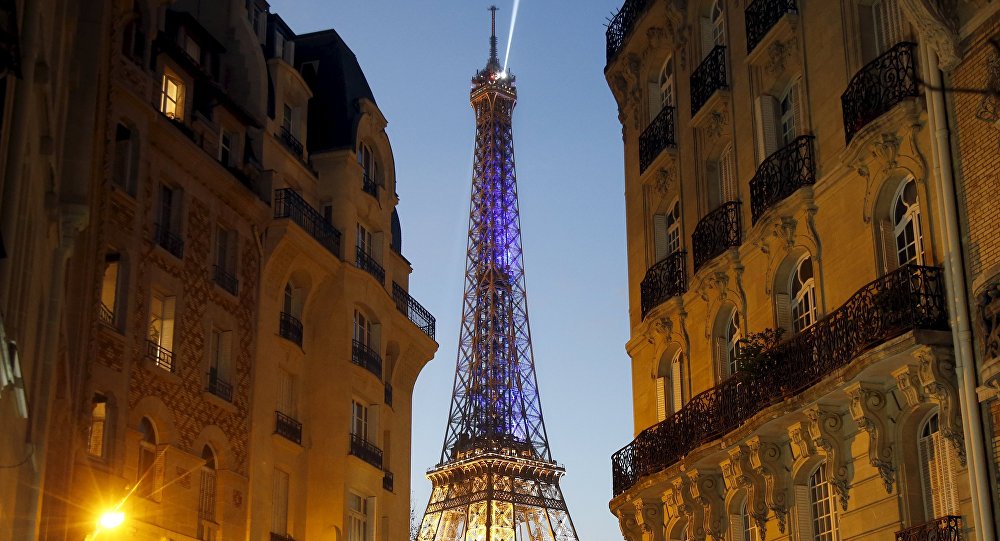 'No White People Allowed': Racism in Reverse Feared to Be on the Rise in France

Activists from the Sud-Education 93 teachers union are preparing to hold educational training which white French residents will be excluded from attending to discuss the problem of racism on the state level. Speaking to Russian journalist Igor Gashkov, opponents of this exclusionary policy outlined why it amounts to "racism in reverse."

Sud-Education 93's plans to discuss the alleged "racism at the heart of [France's] multicultural society," and the lack of diversity among professional cadres in various fields, including education, have sparked a heated debate in the Fifth Republic, Sputnik France has reported. Defenders of the union's measures claimed that such race-based exclusivity is normal, and in line with the practices of other exclusionary movements, such as LGBT or feminist groups, which may prohibit persons who do not identify with their causes from participating. 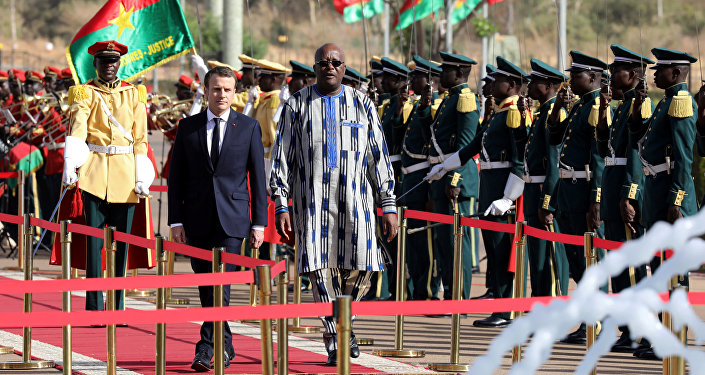 In a rare show of unity with her centrist opponents, former presidential candidate and National Front leader Marine Le Pen agreed with the education minister, taking to Twitter to propose "exemplary sanctions" against the teachers for this sort of exclusionary behavior.

"The reaction of the minister is beneficial, but must be accompanied by exemplary sanctions against offending teachers."

Sud-Education 93's plans are not the first time that minority activists have attempted to exclude white people from participating in various events. Earlier this year, Paris's mayor stepped in to ban a black feminist festival which sought to exclude white people from participating freely from being held in the French capital. In 2016, another scandal involving education erupted at Paris 8 University.

© Sputnik / Irina Kalashnikova
French Police Attacked by Car With Migrants in Northern France - Reports
Debate on the acceptability of such exclusionism continues. According to European politics observer and RIA Novosti contributor Igor Gashkov, for France, the issue of inter-ethnic relations "is one of the most painful social problems, as evidenced by the country's effective ban on publishing ethnic and racial statistics."

"It is illegal to find out how many non-white people live in the country. However, the descendants of immigrants from other continents are certain that their share in the upper strata of society is small, and in the [Sud-Education 93] seminars, scheduled for December 18 and 19 in Saint-Denis, this exact topic will be discussed," the journalist wrote.

France Insoumise party lawmaker Daniele Obono defended the teacher's union's plans, comparing non-white minority groups with victims of harassment. "I would like to again return to the example of the feminists. Women affected by violence need to discuss certain issues in a climate of mutual trust. There is a need for communication with those with that one can identify with, with those who share the same problems. Therefore, what we are talking about is a pedagogical tool that allows people to communicate more freely," she stressed.

Naturally, not everyone agrees with this view. Speaking to RIA Novosti, Alain Avello, the head of an association of educators who support the National Front, said he was "shocked" by what he said is a blatant disregard for French law.

"At the heart of these kinds of 'seminars which disallow the mixing of races' is a form of racism in itself, albeit a racism in reverse," Avello said. "What is happening here is deeply shocking to me as a French citizen, because our government does not allow for discrimination on the basis of one's race!", he added. 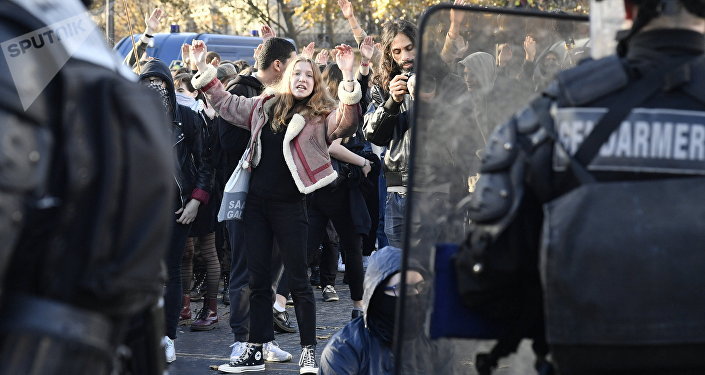 © Sputnik / Julien Mattia
Paris Police Use Tear Gas to Disperse Protest Against New Education Plan (PHOTO)
In a joint statement to the education minister, whose indignation they support, Avello and his fellow teachers urged him to do more to thwart the "unconstitutional and unacceptable" event planned by Sud-Education 93.

Conservatives are not the only ones up in arms over the teacher's union's plans. Even the traditionally left liberal International League against Racism and Anti-Semitism (French acronym LICRA) voiced their opposition to the planned seminars, saying they introduce a "spirit of separation and rejection of the other."

'Too Many Whites in Positions of Power in France'

Seeking to get a better sense of how the descendants of migrants themselves might categorize Sud Education 93's plans, Sputnik France turned to Joanes Louis, a member of CRAN, a federation of African and Afro-Caribbean associations in France.

© CC0
France Set to Finally Change Law Which Allows Sex With Girls as Young as 11
Rather than condemning the teachers union for extremism, Louis argued that critics have "no right to judge people who have decided to meet to share their experiences in a specific context," especially if such a meeting doesn't disturb public order. According to the activist, French society is dominated by white people, giving minorities a reasonable cause for indignation.

"Let's remember how many positions of power – in the National Assembly, the Senate, ministerial offices, there is no racial or gender mixing – only men with one similar phenotype are present. This phenomenon is also unfortunately common in the CAC-40 companies, and in the fields of culture (Opera de Bastille, Odeon, Comedie francaise)," Louis argued.

Therefore, the activist said, Sud Education 93 has the right to gather to discuss a real problem: direct and indirect forms of discrimination in education.