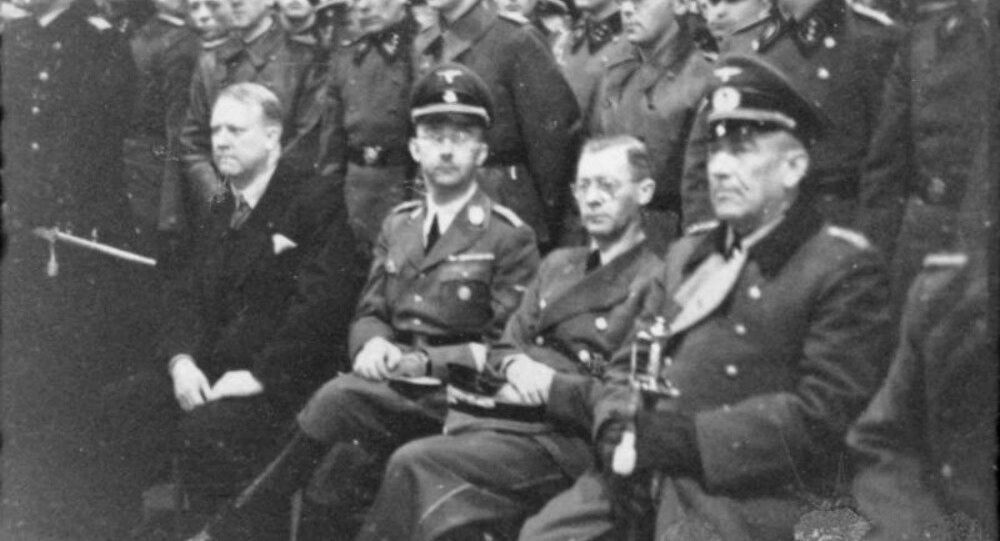 Red Cross Norway has come up with a polarizing initiative to raise a monument over the graves of the Nordic country's Nazi soldiers, as a place of remembrance for their descendants.

During WW2, more than 800 Norwegian volunteers lost their lives serving in Hitler's Waffen SS during the war. Their graves are spread across large areas of Eastern Europe. Many have never been found at all.

Citing the Geneva Convention, Mads Harlem, the head of Red Cross Norway's legal team, argued that the Norwegian authorities have the responsibility to ensure that all those who have lost family members in combat must have a place to remember the fallen, regardless of what side they fought for.

According to Red Cross Norway, by WW2 the country had obligations similar to those we find today in Article 17 of the 1949 Geneva Convention, which states that the fallen should be buried in a way which will always allow them to be found again.

"We brought this up with the Ministry of Culture in 2009. The case was sent to the Foreign Ministry. Its response indicated that the management of war graves also applies in peacetime, but nothing has happened. The Red Cross believes it is important that Norway now takes these commitments seriously," Mads Harlem told the Verdens Gang daily.

© CC BY 3.0 / Edgar El / Trondheim
Heil No: Norwegian Students Organize Nazi Party With 'Auschwitz' Cocktails
Perhaps unsurprisingly, this proposal triggered many critical reactions in a country that suffered as a Nazi puppet state under the reviled leadership of Vidkun Quisling for over five years. Not only was the political leader of the regime executed following the nation's liberation, but the word "quisling" subsequently became a byword for "collaborator" or "traitor" in several languages.

Terje Emberland, senior researcher at the Holocaust Center and a historian of the Nazi invasion of Norway, was also highly critical.

"These were Norwegians who volunteered to join the Waffen SS to fight for Nazi Germany, a foreign military force that led a barbaric race war to the extinction," Emberland said. "It's understandable that the descendants would want a memorial for their ancestors, but this is something they must take private responsibility for," he added citing a private memorial in Bamble raised in the 1970's.

Emberland recalled the memorial dedicated to Norwegians who joined the international brigades fighting Franco's nationalists in Spain in 1930s, which was financed by the trade union movement. According to Emberland, public funding would "launder" the Norwegian Nazi volunteers.

Sven Arntzen, a professor of practical philosophy at the University College of Southeast Norway, argued that the government should avoid from contributing to such a memorial.

"Norwegians who supported Germany during WW2, through struggles within German forces, membership in the NS or otherwise, contributed, knowingly or unknowingly, to the most abominable monstrosities in human history," Arntzen wrote in an opinion piece in Dagbladet.

Eirik Veum, the author of the controversial books "Those Who Fell" and "Your Honor Was Fidelity" about Norwegians killed in Nazi German war service, was more supportive of the initiative.

"Personally, I think the Red Cross has some good points when they think the left behind Norwegian SS soldiers should have a place of remembrance," Eirik Veum said. By his own admission, he has met many descendants of Norwegian "foreign fighters," who felt sad and bitter over not having a place to go to remember their loved ones.

The German occupation of Norway began in April 1940 on the pretext of "protecting" the fellow Germanic nation from British and French interference. In reality, Hitler sought to gain access to Norway's secure fjord harbors for better control over the North Atlantic. Additionally, occupied Norway was intended as a springboard for Nazi Germany's conquest of the Soviet Union's polar areas, which never happened.

​A total of 11,000 Norwegians lost their lives either during the war or while they were imprisoned. Approximately 50,000 Norwegians were arrested by the Germans during the occupation. At the height of the conflict, there were over 300,000 Nazi troops in the nation, despite it then having only approximately three million residents.