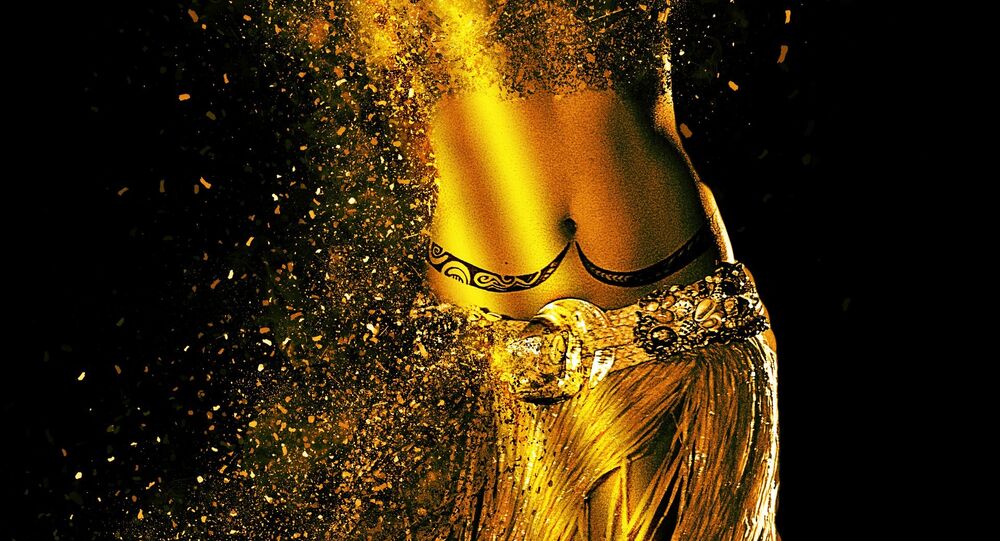 A British Security Service file released by the National Archives suggests there was more to the infamous Profumo scandal of 1963 than met the eye of the press. John Profumo, Secretary of State for War in the Conservative Government of Harold MacMillan, resigned in disgrace after revelations that he shared a mistress with a Soviet spy.

In 1963 Christine Keeler, a young part-time topless dancer aspiring to be a model, claimed that she was intimate both with Profumo and Soviet Assistant Military Attaché Evgeny Ivanov, presumed to be an officer of the GRU (Soviet military intelligence). Amid huge media frenzy Profumo resigned and the Conservative government fell.

Had the media been aware of another modelling acquaintance of Profumo, the German-born Gisela Winegard-Klein, the frenzy would have most definitely reached even higher fever pitch.

Another Mata Hari?
Two weeks after Profumo's resignation in May 1963 the British Secret Intelligence Service MI6 advised its counter-espionage cousin MI5 that the Secretary for War had "an association with Gisela Klein, which began ca. 1933 and had apparently not ceased at the time of this report."

MI6 believed that in 1952 Klein was "engaged in blackmailing activities" against somebody in the UK.

So who was Gisela Hendrina (or Hendya) Klein Winegard (or Weingard) as her names and their spelling changed from one intelligence report to another? As did her birthday. Both the British and the Americans were on her tail but because of the difference in the date formats her birthday record of 5.9.13 was thought to mean 5 September 1913 to the British and 9 May 1913 to the Americans. This and other bits of miscommunication between the Allies allowed Miss Klein "to move about with considerable freedom during the war years".

"Information obtained from Krause-Brandstetter, a German agent who gave himself up to the Allies in 1944 indicated that this woman had been closely connected with several members of the German I.S. [intelligence service — NG] and probably was herself working for them." He was thought to be one of her lovers.

Before the war Klein traveled the Anglo-Saxon world, befriending Profumo in Oxford in 1933, and her future American husband, when she visited the States in 1938. Conveniently enough, Edward Ellis Winegard was of German origin and served in the US military. This later saved Klein from too much trouble with the Allies.

During the war she stayed in the German occupied Paris and changed German "sponsors" like hand gloves, rising up through their ranks from the German Military Attaché and to, allegedly, the military commander of occupied France General Stulpnagel. He entrusted her with running a secret information service under the cover of a commercial information bureau.

In 1944 when the Allies entered Paris, Klein, with other German agents and collaborationists, was locked up in Fresne Prison, and later transferred to an improvised jail in the basement of a building in Rue Suchet.

Endearing Letters
As if by a miracle the jail happened to be under the command of Klein's American acquaintance of the pre-war years — Edward Winegard. He obtained her release and married her. They went to settle in the South of France but ran into trouble with the American Intelligence Service for having harbored one of the chiefs of a German spy ring. The couple moved to Tangier in Algeria where both were employed by the ‘Voice of America' radio service. In April 1950 Gisela lost her job when VoA discovered she had worked for the Germans during the war and was "100% pro-German".

That same year the Winegards allegedly separated because Gisela's husband "had discovered that she had been receiving endearing letters from John Dennis Profumo." The letters were written on House of Commons paper. Profumo, who was first elected in 1940, returned to Parliament in the general election in February 1950.

Interestingly enough, in 1952 MI5 suggested to the Home Office that Klein should be removed from the suspects list — the same year that she was "engaging in blackmailing activities". Of whom?

Fascists of London
Profumo's first mention in connection with Klein in the MI5 file is dated 22 July 1938. And in 1942 the file threw up a real sensation which went unnoticed to this day: the father of a prominent British politician and statesman was… a fascist!

"I have reviewed the file from the point of view of counter-espionage.
The only 'loose-end' appears to be Jack [John's friends called him Jack — NG] Profumo who is the subject of [another security file — NG]. Apart from the fact that his father, now dead, who had both British and Italian nationality, was a member of the Fascio di Londra, we have nothing recorded against Jack Profumo, who is now serving as captain in the Northants Yeomanry [regiment of the British Army]"

Fascio di Londra was the London branch of Italy's fascist party of Benito Mussolini. MI5 files released in 1999 speak of a nationwide network of at least 900 adult members, who in the event of war "would be expected to serve Italy by espionage and sabotage". They sent their British-born children to military-style training camps in Italy, Felixstowe and Maidstone. Boys and girls wore fascist insignia, drilled with imitation rifles and learned fascist songs. The Home Office called this "a sinister development".

Profumo Dossier
In March 1941, in the thick of the German bombing raids on London, John Profumo MP went to police and made a statement that he got to know Miss Klein very well while he was at Oxford in the 1930-s, and that she had made a large number of useful contacts there. Some suspected her to be a German spy. Later she showed up in Cairo and Alexandria and was "said to have known every officer in both places". (Was she spying for the German Afrika Korps of Field Marshal Erwin Rommel?)

In the same statement Profumo claimed the last time he heard from Klein was at the beginning of the war. However, the file contains later correspondence and references to Profumo's "endearing letters" to Klein as late as the 1950s.

There are several references in the Klein file to a separate dossier on Profumo that was opened in mid-1930s. The question is why this "wealthy British subject of foreign origin", as MI6 bosses called him at the time, was allowed to reach a top positon in the realm of national security while being under surveillance?

Was he a pawn in the Secret Service's sinister game that went terribly wrong for the British Government of the day and for the image of the British Establishment? Quite a few files on the Profumo Affair remain secret to this day.

The Soviet WWII Counteroffensive That Changed the Course of History