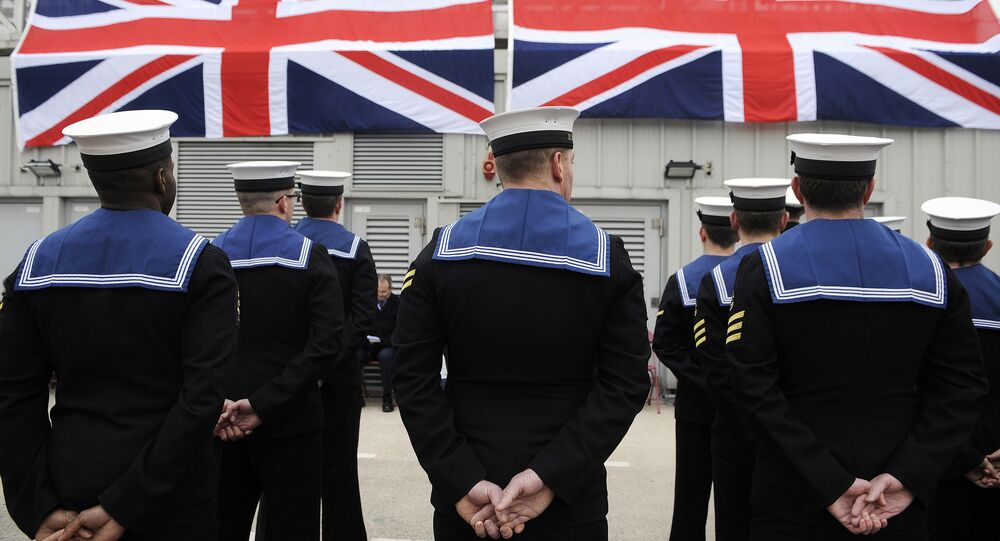 'Self-Defeating' Budget: Defense of British 'Realm Outsourced' to the US

Substantial amounts of UK defense spending is flowing right across the pond, generating benefits for the United States' rather than domestic economy – a development that increasingly worries one of Britain's largest unions.

By the year 2020 as much as a quarter of Britain's military spending will be going to the US, according to the assistant general secretary of one of Britain's largest unions Unite Steve Turner, as he spoke before the Defense Select Committee.

"It is self-defeating. Not only does it undermine the UK' sovereign defense capability, it also undermines the government's desire to have a joined up industrial strategy. A failure to do so will result in the defense of the realm being outsourced to overseas nations and our defense being subject to the whim of foreign powers and corporations," he added.

SIGN & SHARE: Time for government to #DefendOurSpend and bring forward the order for the Red Arrows Hawk Jets with BAE Systems https://t.co/dgGSftw5wP pic.twitter.com/MZaLe0LVuJ

The hearing was held originally to discuss the effects of BAE Systems' restructuring and the effects on 1,900 jobs centered in the UK. According to Unite, the largest foreign beneficiaries of UK arms budgets in the US will soon be the factories Lockheed Martin and Boeing.

Unite has previously fought against the redundancies of BAE Systems workers in the UK.

The cabinet of UK Prime Minister Theresa May has been engulfed in controversy over the issue of government spending on defense with bitter divisions persisting within the Conservative Party, which International Trade Secretary Liam Fox acknowledged November 27 to the media.

The Chairman of the Defense Joint Select Committee Julian Lewis MP on November 25 in a letter demanded that British annual defense spending be raised to 3 percent of GDP, above the 2 percent mandated for NATO member states.

The letter, published November 26 in The Guardian newspaper claimed that even an increase to 3 percent may not be sufficient but that it was necessary for, "recruiting personnel and buying equipment on a scale sufficient to avoid the hollowing-out of our armed forces."

​British military spending rose continuously from the year 2000 before undergoing a relative decline after the 2008 Global Financial Crisis (GFC). In 2016 expenditures began picking again for the first time since the GFC, reaching an estimated US$59.6 billion (£44.7 billion) in 2017 according to official figures.

Cost saving measures were initially intended to cut the size of the British Army to fewer than 70,000 troops, making it smaller than its nearest competitor, the French. The possibility of frontline warships, HMS Bulwark and Albion being sold off also proved highly controversial, with warnings made by military chiefs that the country's position in NATO as well as its ability to conduct global naval operations would be severely curtailed.