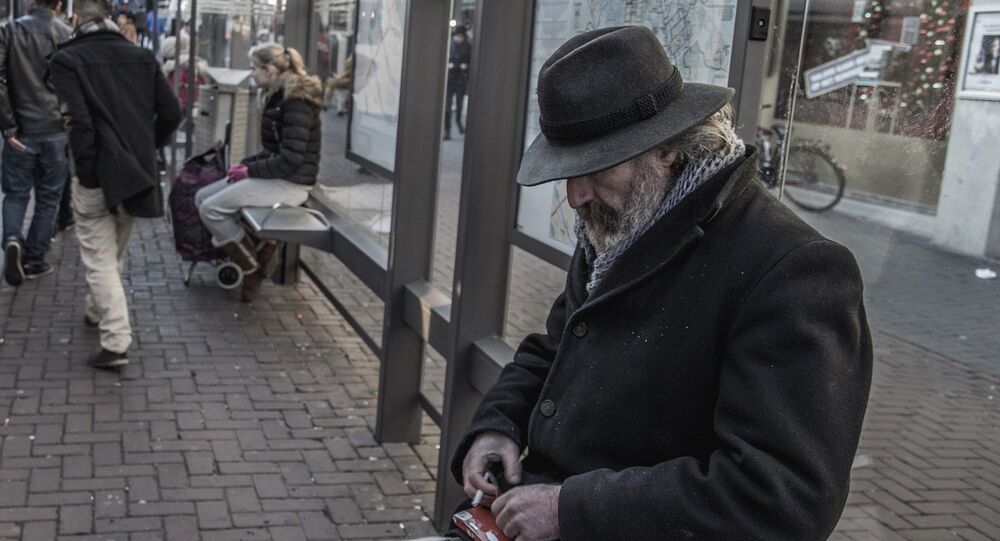 A viral image of a letter from German authorities to an 85-year-old pensioner with dementia, who was slapped with a fine for sitting on a bench at a bus stop in Duesseldorf, has caused outrage among German internet users.

An eight-minute sit-down turned out to be rather expensive for an 85-year-old German pensioner who was fined €35 ($42) for stopping for a rest at a bus stop in the center of Duesseldorf.

His plight has caught the attention of users of social networks, who are sharing an image of a letter he was sent by city authorities.

The official Twitter account of the city of Duesseldorf responded to questions and promised to investigate the matter and rescind the fine if it was issued in error.

"Is this letter real?" one Twitter user asked; the city answered, "We will clarify this in the coming week and inquire with colleagues. If a mistake has been made here then of course the fine will be withdrawn."

​The photo was first published by an acquaintance of the man, who was walking his dog when he stopped for a brief rest.

​"Would law enforcement have had as much courage if it had been a group of underage Syrians?"

On Monday, the city authorities issued an apology for the mistake. The city councilor responsible for law and order issues, Christian Zaum, said that he "would have liked more intuition in this particular case."

​"Those who use 'common sense' before acting have to apologize less often."

Duesseldorf road regulations state that bus stops are not to be used as areas of rest, play or as a storage space. The consumption of alcohol is also forbidden.

Zaum said the man regularly walks his dog in the area and employees had apparently spoken to him before to warn him against sitting at the bus stop.

"Fines, however, are an absolute exception and I think it's conceivable that this was the first time that a fine has been imposed," he said.

Dig We Must: German Court Says OK for Coal Mine to Destroy Last Ancient Forest