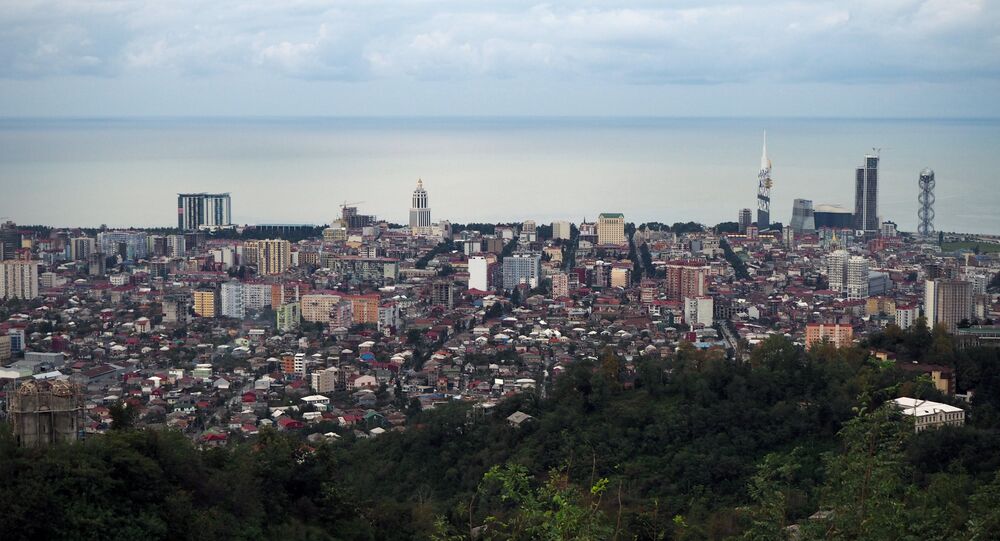 Local media reported that the conflagration had allegedly started in the spa of the 22-story Leogrand hotel when it was used by the Miss Georgia beauty pageant contestants.

Georgian Interior Minister George Mghebrishvili said that foreign citizens were among the dead, adding that the incident has claimed at least 11 lives.

"I have information that 11 people were killed," the Minister said.

© AP Photo / Seyran Baroyan
Georgian Prime Minister Calls Batumi Riots 'Planned Provocation'
Batumi authorities have promptly evacuated all of the hotel guests because hundreds of people were unable to leave the building on their own due to the dense smoke and hazardously spreading flames, reports said.

Earlier on in the day, Georgian Deputy Health Minister Zaza Sopromadze said 21 people had been taken to hospitals, three were promptly discharged. She added no one was in a life-threatening condition.

According to Georgian media reports, all of the beauty contestants were also unhurt.

The authorities have deployed over a hundred firefighters to battle the massive blaze.

Meantime, Georgian officials have launched a probe into the cause of the deadly incident, saying that basic fire safety rules were allegedly neglected.