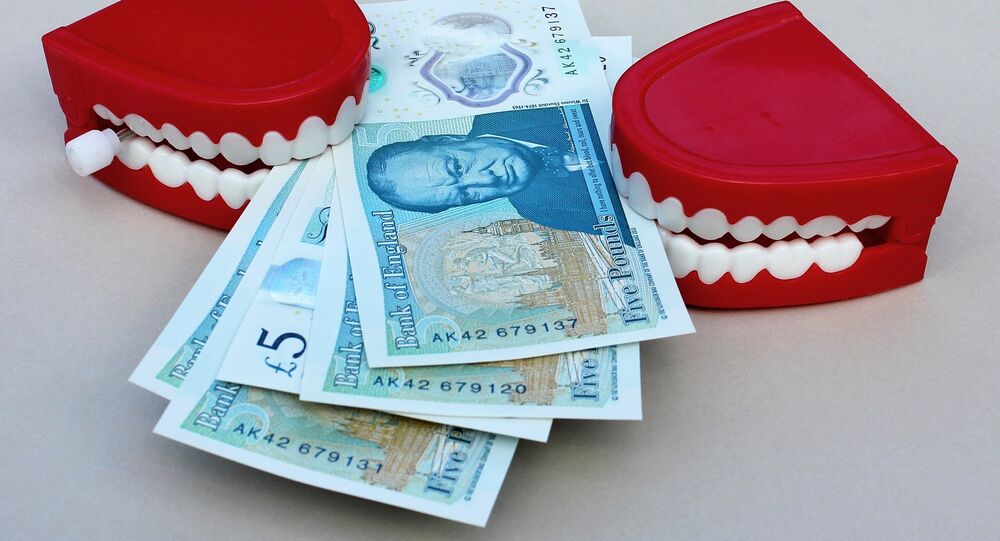 The next 20 years will be “two lost decades” for UK workers, who will have to get by without any real terms wage growth amid lingering Brexit uncertainty and falling productivity, the Institute for Fiscal Studies (IFS), a London-based economic think-tank has warned.

According to the IFS report, falling industrial output threatens to put 2012 average wages almost £1,400 ($1,865) below the March 2016 forecast and lower than where they were at the time of the 2008 financial meltdown.

"We are in danger of losing not just one but getting on for two decades of earnings growth," The Herald, a Glasgow-based broadsheet, reported, citing IFS director Paul Johnson.

The IFS also predicted that the UK’s national debt might not return to pre-financial crisis levels until "well past” the 2060s, that public services outside the National Health System faced seven percent cuts in day-to-day spending over the next five years, and that the government forecast of a 3.5 percent GDP per head drop in 2021 would hit the economy excessively hard.

© REUTERS / Christopher Furlong/Pool
Hammond's Budget Aims to Capitalize on Brexit Opportunities
The British economy is showing a sluggish growth which lags behind all other developed economies and in the coming years is expected to trail “well behind” other G7 countries with a maximum 1.6 percent annual growth projected for the next five years.

"It really is time to start forgetting that for decades anything less than two per cent was considered seriously disappointing," Paul Johnson said.

Another think-tank, the Resolution Foundation, has warned that Britons’ living standards could take the biggest plunge since the 1950s with productivity growth expected to be the lowest in the past 200 years.

Meanwhile, Finance Minister Philip Hammond shrugged off warnings that dismal growth figures could earn Britain the moniker “the sick man of Europe,” claiming that the “UK economy is fundamentally strong.”

Hammond’s Labour Shadow, John McDonnell, doesn’t share his colleague’s buoyant attitude though, saying that the IFS analysis "exposed the appalling failure of seven years of this Government's austerity economics and its grim consequences for working people."