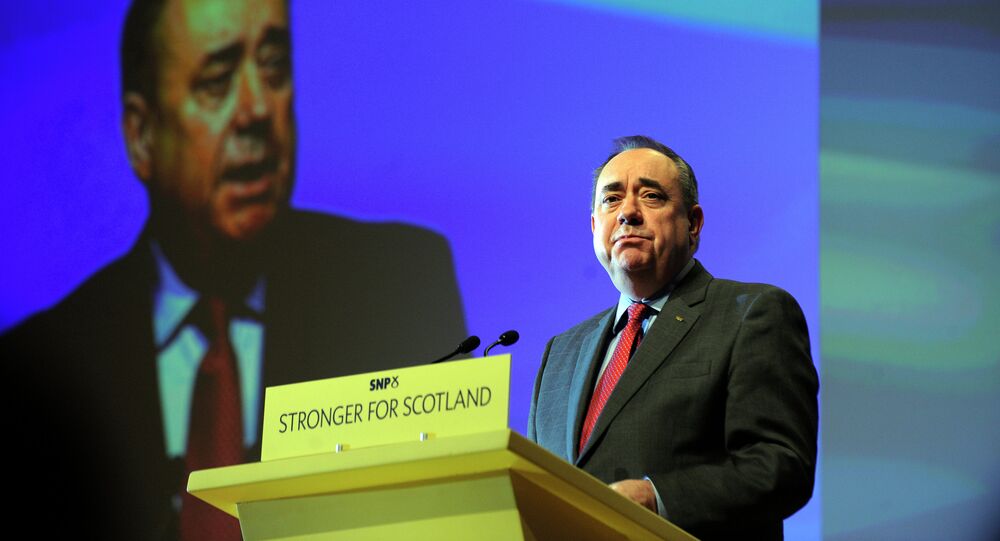 RT editor-in-Chief Margarita Simonyan has commented on the situation around the former First Minister of Scotland Alex Salmond's show.

"No sooner had we launched the show of the former first minister of Scotland than he was declared a Kremlin agent," RT Editor-in-Chief Margarita Simonyan wrote on Twitter.

The statement comes after RT announced on November 10 the launch of a new political talk show hosted by former First Minister of Scotland Alex Salmond "to battle the mainstream media narrative and take the news 'out of the Westminster nexus.'"

Within the framework of the show, the presenter is set to discuss current events, show business and sports news with guests and also introduce his political opponents and allies to the audience.

© REUTERS / Pedro Nunes
Google News Targets Sputnik, RT in 'Global Information War' - Dr. Gordon Hahn
Later, the broadcaster said that even before the show aired, Western media and officials "went into meltdown." In particular, according to The Scotsman newspaper, incumbent First Minister of Scotland Nicola Sturgeon said that Scottish politicians would not participate in the new show and advised Salmond against hosting and to instead look for some other channel.

Most recently, it was reported that former British Prime Minister David Cameron had already refused to participate in the show. The buzz around the RT show comes amid increasing pressure on the broadcaster in some countries, including the UK and the US.