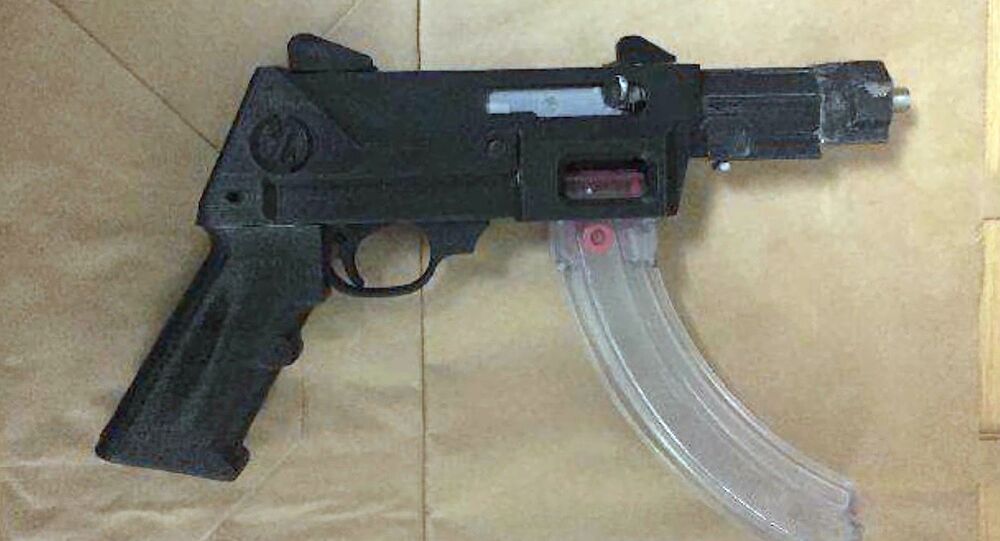 The Swedish customs authorities are concerned about the proliferation of 3D weapons, which may be used to commit terrorist acts. As these weapons are made of individual plastic parts, they are notoriously difficult to detect, which allows their owners to successfully dodge security checks.

Despite the fact that only a handful of arms printed using a 3D printer have so far been seized in Sweden, the customs authorities express their concern that arms made of plastic may be used in terrorist offenses, making them increasingly difficult to prevent, as these arms are next to invisible in security checks, Swedish Radio reported.

Karl Hetting of the Customs Information Service is concerned that this development could lead to 3D weapons becoming progressively more involved in terrorist offenses, as they can be made of separate plastic parts, which specifically allows for their use in various protected areas.

"They can be used in many environments. It includes airports, the house of parliament or other types of restricted facilities and places, where armed people are not allowed," Karl Hetting said.

"Ordinary" weapons are easily detected in security checks for the simple fact that they are made of metal. By contrast, 3D weapons are not only made of plastic, but can be printed in individual parts not resembling a weapon at all, only to be assembled later on demand.

© AFP 2021 / CARL DE SOUZA/FILES
Swedish Police Brandish Shock Weapons to Keep Handguns Holstered
Sweden's National Forensic Center has tested 3D arms and found that beyond a shadow of a doubt they can be used to shoot to kill.

"It is possible to 3D-rint weapons that can fire live rounds. There is no doubt about that," forensic scientist Patrik Hertzman from Linköping said.

Earlier this year, the Malmö police found a cache of several 3D-printed firearms.

"It could actually fire several times. And there was a new bullet coming up each time," Malmö Stefan Sinteus told the local Sydsvenskan daily.

One of the seized weapons resembled the Czech submachine gun Scorpion, but was of caliber 22. Some of the parts, like pipes and magazines, were most likely taken from real weapons, while other parts were made using a 3D printer.

​Printing and storing parts of a firearm at home is not illegal at present, despite the fact that the weapon may prove fully operable.

"It's not punishable to possess different plastic parts, only putting them together makes them actually a weapon. The plain fact that they actually work makes me think about how effective the current arms legislation is," Stefan Sinteus said.