"Severe political crisis" and "the failure of Merkel's system," are some of the reactions across Europe to the breakdown of coalition talks in Germany. Many European newspapers expressed concern about the impact that uncertainty in Germany will have on the European Union as a whole.

Years of coalition governments have made Germany seem like a beacon of political stability for other European countries. However, the collapse of four weeks of coalition negotiations, eight weeks after Germans went to the polls, has left observers across the continent wondering about the future of Germany and its chancellor for the past 12 years, Angela Merkel.

According to the Swiss newspaper Neue Zuercher Zeitung (NZZ), the breakdown is a sign of the failure of Merkel's system of government.

"The Merkel system has failed: the Chancellor is no longer able to create a basis of power through quiet diplomacy and political pragmatism. The country should now peacefully break new ground," NZZ commented.

"Angela Merkel has ensured that no-one can be a danger to her. Accordingly, today there are no alternatives," NZZ tweeted.

The third Merkel cabinet was another coalition with the SPD, which has chosen to remain in opposition after placing second in the September 24 vote. Talks to form a so-called "Jamaica Coalition," named after the party colors of the CDU/CSU, the Greens and the FDP, broke down on Sunday night after FDP leader Christian Linder declared it impossible to reach agreement. 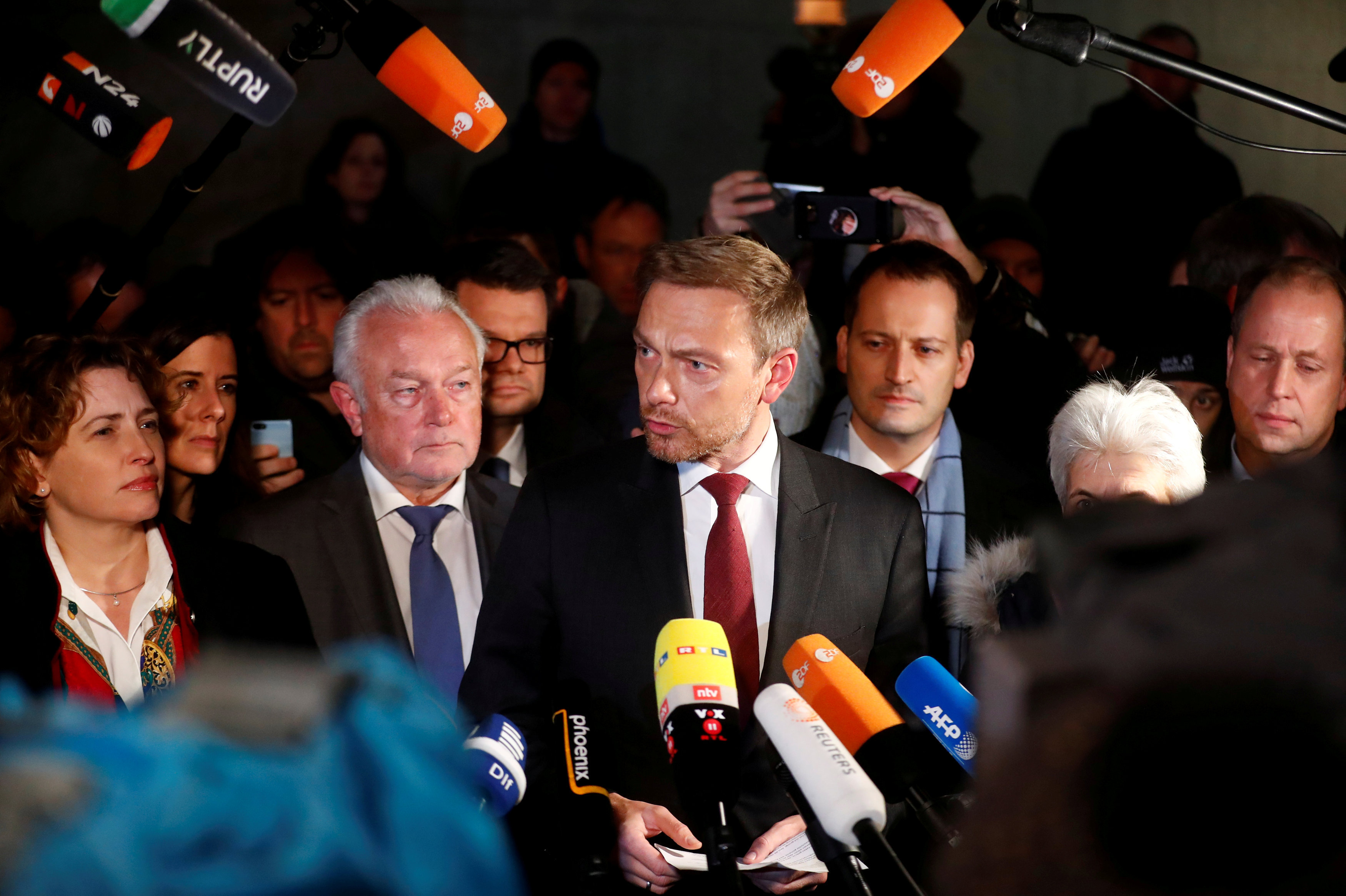 In the Netherlands, where political parties took over seven months to form the most recent government, the newspaper De Volkskrant commented on Lindner's withdrawal from the talks.

"Lindner often hinted that his party would have the least to gain in such a coalition. There is widespread fear within the party that it would be punished by voters at the next election for participating in a compromise government, at least as badly as in 2013," the Dutch pointed out.

Italy's La Stampa expressed concern that a minority government or new elections might give more impetus to the Eurosceptic, anti-immigrant Alternative for Germany (AfD); the newspaper dubbed the party "extremist."

"Only those who take pleasure in the misfortune of others will be happy with this news. On the other hand, all those who believe that a stable Germany is a pillar for Europe remain hopeful that a positive result will still be achieved in Berlin and that the Germans, in spite of all the compromises, don't lose their faith in their political system."

"A short circuit would now be a great gift for the anti-systemic force lying in wait: the neo-populist, far-right Alternative for Germany (AfD), which can already count on 92 of 709 deputies in the new Bundestag."

The Austrian newspaper Der Standard described the breakdown as a "severe defeat" for the Chancellor.

"Above all, this failure is a severe defeat for Angela Merkel. It clearly shows that she no longer has the power and authority to form a government for Germany. During the negotiations, she seemed like a moderator, but not a creative force. For long stretches, the debate was dominated by the Greens and the CSU, which are far apart in many areas.

"Merkel let things drift, she could not keep the CSU, which had flatly rejected family reunification for refugees, in check. One also got the impression that the well-being and woe of Germany depended only on this question. So many other important issues were pushed into the background. For the time being, it is unclear how Merkel intends to carry on with this burden of failure," the newspaper wrote.

Immediately after the election, SPD leader Martin Schulz announced that his party would spend this parliament in opposition. The Austrian newspaper Die Presse has pointed the finger at the SPD, rather than the FDP, for failing to take part in coalition talks. 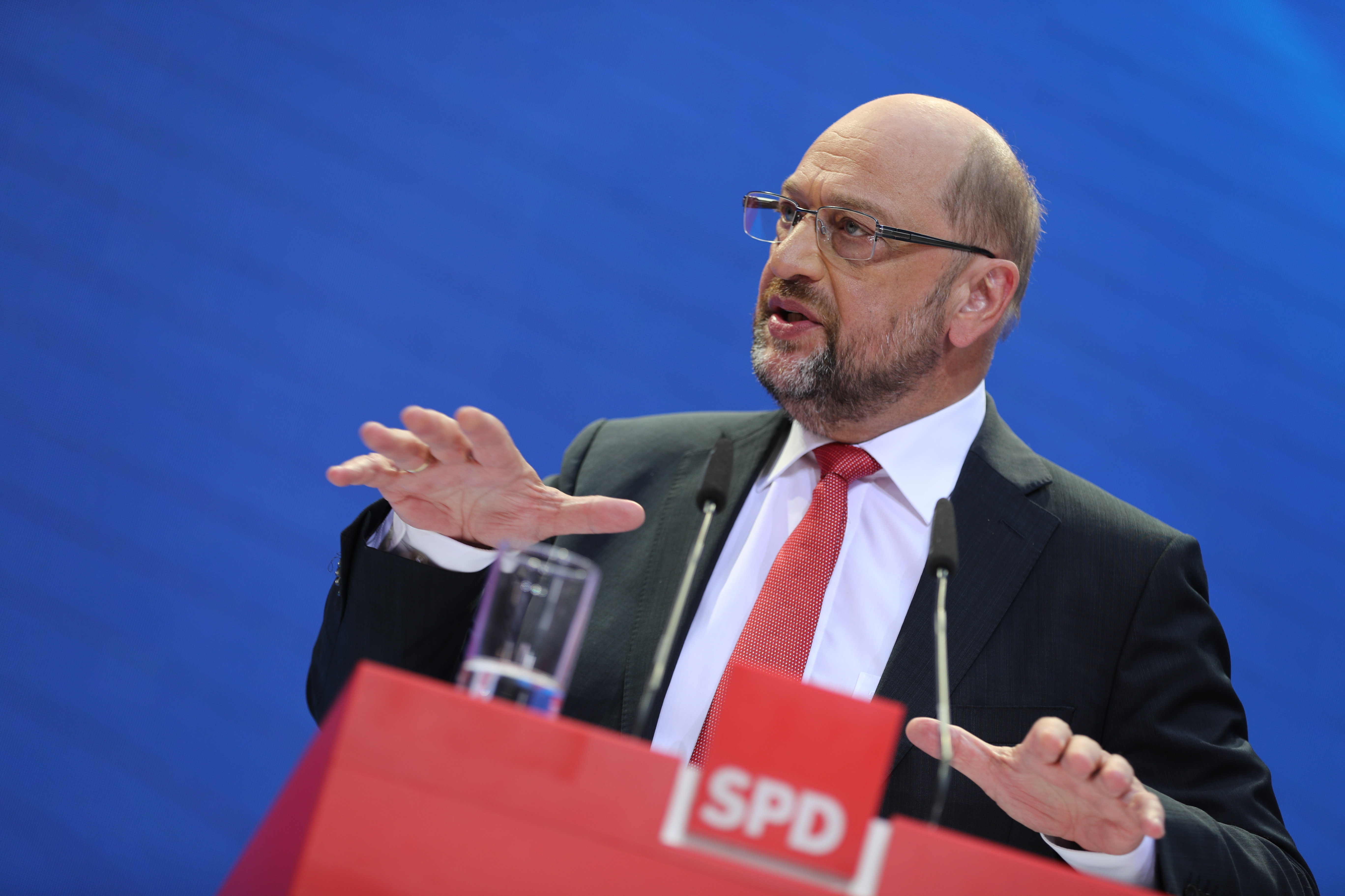 "The FDP is playing poker at high stakes, because it is completely unclear whether voters will punish them at the next ballot for a party-political game or reward them for principled loyalty. Already, the fingers of the moralists are pointing reproachfully at the liberals. But they have the same right to refuse a coalition as the SPD, which had already committed itself to the role of opposition on election night. The FDP can be credited with having at least tried to form a government. The SPD rejected responsibility from the beginning," Die Presse wrote.

On Monday, German President Frank-Walter Steinmeier called on the political parties to overcome their partisan differences and try to find agreement in the national interest.

"Those who seek political responsibility in elections should not shirk when they hold it [responsibility] in their hands," the President said.

The French newspaper Le Monde appeared to agree, calling on German politicians to be aware of the country's position as a leading curator of the European project.

"Germany is not only the leading economy of the EU, it is also a pole of stability for the Union and France's essential partner in the whole of the European project. German politicians need to be aware of these responsibilities too," its editorial read.

"The Chancellor is faltering," the French newspaper Liberation wrote.

The French business newspaper Les Echos referred to the collapse of talks as an "unprecedented crisis" for Europe.

"This breakdown threatens to throw Europe, already paralyzed since the German elections of September 24, into an unprecedented crisis. In recent years, the EU has been molded by the leadership of Angela Merkel, who at the same time profited from the economic success of her country and the lack of political figures on her level. Emmanuel Macron, who wanted to revive Europe with Angela Merkel, finds himself in the first line again, but he threatens to be without a key partner for his projects. Europe, which has just come out of a decade of financial and economic crisis and rediscovered the path of growth, is now facing months of uncertainty."