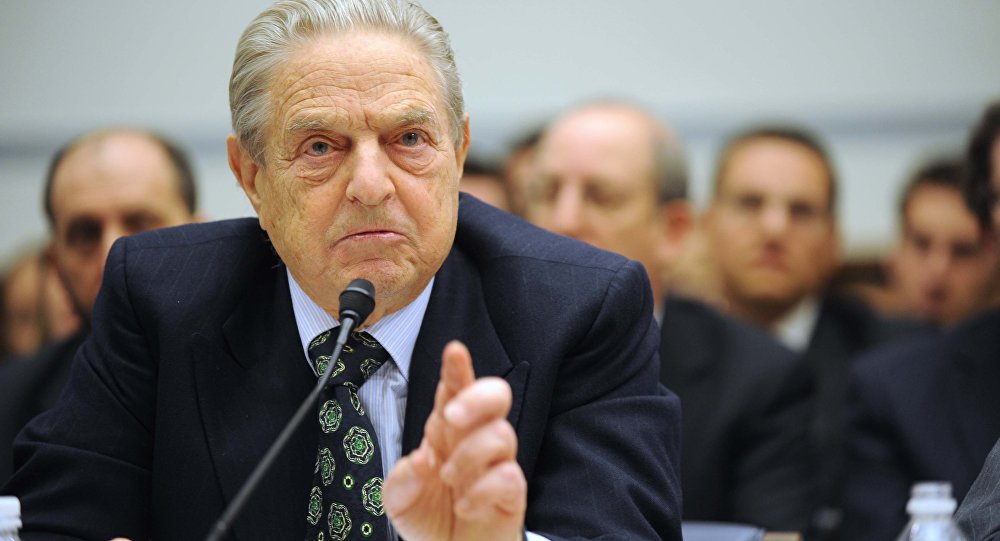 In July, the Hungarian government launched a media campaign on national TV, accusing Hungarian-born billionaire financier and investor George Soros of involvement in the increasing flow of migrants to Europe.

MOSCOW (Sputnik) – Responding to a national survey, organized by the country’s officials, George Soros said that Budapest had launched a massive media campaign against him to create an "outside enemy" to distract citizens from the poor condition of "Hungary’s health care and education systems."

According to Soros, the statements in the national consultation contain "distortions and outright lies that deliberately mislead Hungarians" about his views on migrants and refugees.

In October, Hungarian officials conducted a "national consultation" among the country’s eligible voters, providing seven points of the so-called Soros plan on migrants and refugees with expanded explanations, asking whether or not the voters agreed with them.

George #Soros says Hungary's government lies in attacks against him

In particular, the consultation stated that Soros allegedly wanted the European Union to resettle at least one million migrants every year, borders to be dismantled and opened for migrants, immigrants "accumulated" in Western Europe to be relocated throughout the rest of the Union, with specific focus on the Eastern European countries, and Brussels to make every EU member state, including Hungary, pay each migrant 28,000 euros ($33,000) in welfare. According to the consultation, Soros also called for immigrants to receive milder criminal sentences, for European languages and culture to be pushed aside to ease and quicken the integration of the immigrants, and for countries that oppose immigration to be punished.

Soros, responding to the consultation, denied all the allegations, calling the last three a lie and that the rest were either partially or completely wrong.