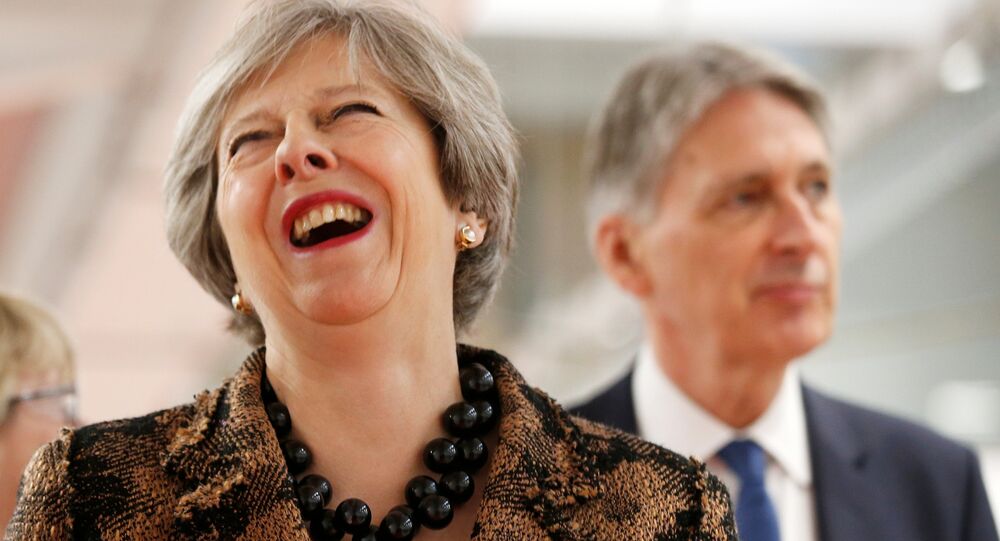 UK Chancellor Philip Hammond has provoked outcry among politicians and the public alike for claiming there were no unemployed Britons in a BBC interview - although official estimates of unemployment also severely undercut the true picture of worklessness in the country.

Speaking on the BBC's Andrew Marr show ahead of the November 22 budget, British Chancellor Philip Hammond suggested "there are no unemployed people." Hammond fiddled the figures while discussing the threat posed to jobs by automation and other disruptive, emergent technologies.

If you were under any doubt how out of touch Theresa May's government has become here's Philip Hammond claiming there are no unemployed people in Britain on #Marr 😕 pic.twitter.com/v13em40Xha

​Challenged on the impact of automation on the jobs market, he said the UK had to "embrace change."

According to the latest bulletin from the Office for National Statistics, there were 1.42 million unemployed people in the UK from July — September, down by 59,000 on the previous quarter.

Chancellor Hammond: “there are no unemployed people.” Errr…. excluding the 1.4m without jobs in latest labour force survey…

​Asked to qualify his remark later in the interview, Hammond said the government was "getting people into work at a remarkable rate," although was quick to add ministers had not forgotten those still unemployed.

​"If the person in charge of the country's finances doesn't know, or chooses to ignore, the fact that nearly 1.5 million people are unemployed, and almost a million people are on zero-hours contracts, then he is clearly losing a grip on reality. The Tories are now so inwards looking that they have no clue of the experiences of ordinary people suffering from seven years of Tory austerity," Mr. Trickett added.

If Diane Abbott said what Philip Hammond did on #Marr today, she wouldn't have heard the end of it until the year 2052.

Hammond's comments come at a politically sensitive time for both the Chancellor and the Conservative minority government, as the announcement of the budget is accompanied by worsening economic forecasts and uncertain Brexit negotiations.

After announcing there are no unemployed people in the UK, fully expect Hammond to announce in his budget that there are no sick people either. NHS and UC disasters solved by one spreadsheet.#marr

​Conservative MPs and ministers alike may well view the treasury's financial plan as a prime opportunity to revive the party's flagging fortunes with populist measures. Nonetheless, while Hammond will target the construction of 300,000 new homes annually in an attempt to appeal to younger voters, he has ruled out greater defense spending, and a sizable cash injection for the NHS, despite demands from the public and sector chiefs.

1.4 million unemployed figure is a fiction. Only bad journalists would rely on it.
In reality, about 21.5% of all working-age people (defined as ages 16 to 64) are without jobs, or 8.83 million people, according to the Office for National Statistics.https://t.co/haMh3e0oKK

​Nonetheless, while criticism has centered on Hammond's apparent failure to acknowledge the 1.42 million designated as unemployed in official figures, even this total significantly underestimates the true state of unemployment in the UK. In reality, about 21.5 percent of all working-age people (16 — 64) are without jobs, or 8.83 million people, according to ONS data, over six times the official figure.

This disparity arises from economists not classifying individuals taking time off work, not actively looking for work, or looking after their families as part of the workforce.

Illustrating this discrepancy, despite apparent record numbers of individuals being in work, wages in both the private and public sector have not been rising, and wages are not keeping pace with inflation. Workers' real incomes are actually in decline, which fundamental economics suggests should be impossible.

As the ONS itself notes, around a fifth of UK workers are unemployed, inactive, or employed part-time, despite wanting full-time work.