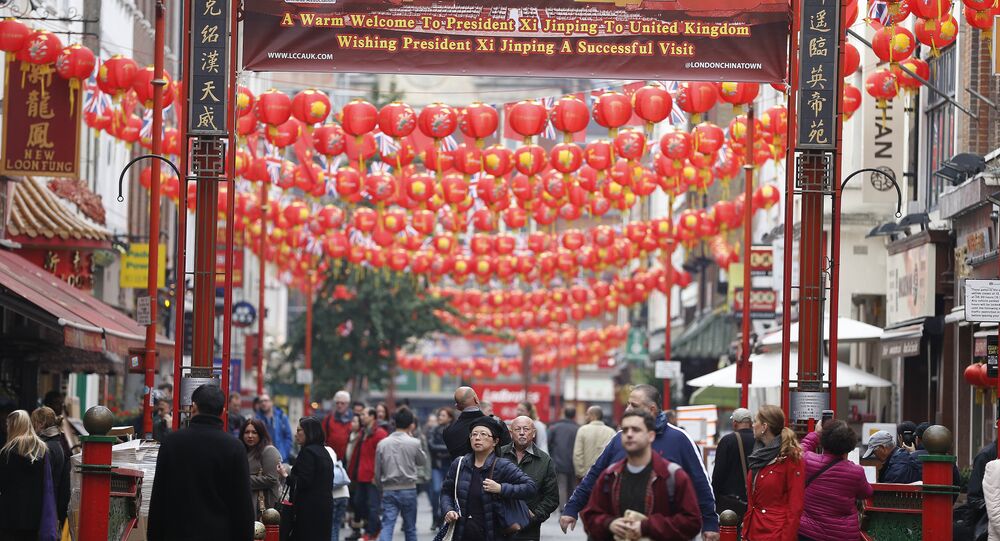 Chinese men and women, residing the Britain, along with Pakistani men, Indian-Sikh men, Indian-Muslim men and Bangladeshi women, have reported the highest level of ethnic and racial discrimination compared to other ethnic minorities living in the UK, according to the first in-depth report of its kind.

The Institute for Social and Economic Research at the University of Essex has revealed the key findings of its survey, which was conducted among ethnic groups residing in the UK for the last 12 months, based on instances of ethnic and racial harassment.

It shows that Chinese men and women, Pakistani men, Indian-Sikh men, Indian-Muslim men and Bangladeshi women reported the most ethnic and racial harassment over the past year (15%), compared to other minority groups, where only 4-10 percent made similar reports.

© AFP 2021 / Isabel Infantes
People wave a Chinese and a Union flags as they pose for photographs during a photcall to witness the departure of a freight train transporting containers laden with goods from the UK, from DP World London Gateway's rail freight depot in Corringham, east of London, on April 10, 2017, enroute to Yiwu in the eastern Chinese province of Zhejiang.

However for most of the ethnic groups, it further reveals, "twice as many people anticipate or fear harassment than actually experience it, with the exception of black Caribbean and black African groups."

Among the most likely places where they could be abused, the respondents listed: on the streets, in shops and public transport.

Women, the survey found out, are "more likely than men to feel unsafe and avoid such places," but "men are more likely to report actually experiencing ethnic and racial harassment."

However the research ascertained that feeling of unsafety in public places and subsequent avoidance of these areas "may have detrimental effects on men and women’s labor market participation, social interactions, physical activity and their mental health and wellbeing.

It also highlighted that women and those who are retired prefer less to be in public and therefore are less likely to experience cases and racial and ethnic discrimination.

The full results of the report are set to be revealed on Wednesday, November 22.