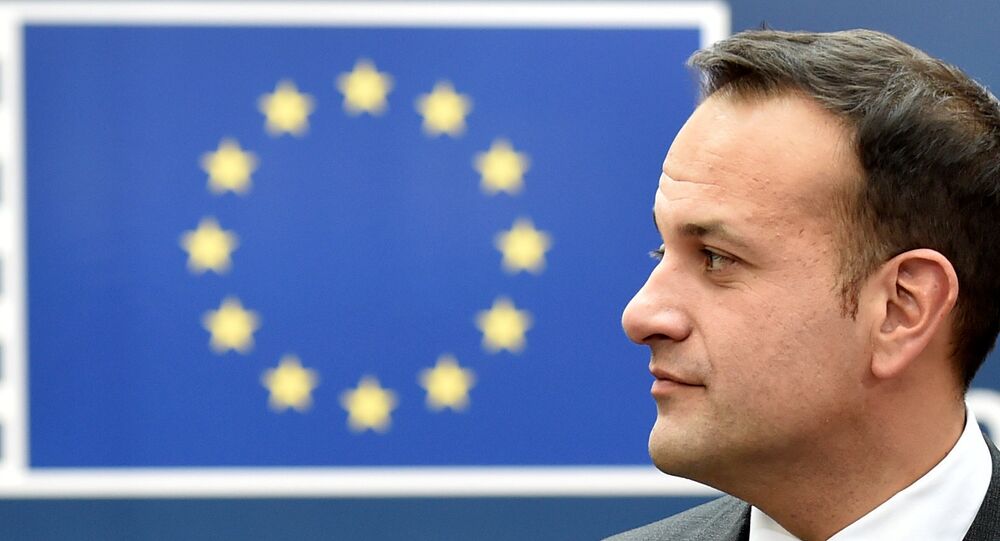 Irish Get Tough With Britain Over Brexit: No Border Deal, No Trade Talk

The European Union is prepared to dig in and play a waiting game with Britain in order to win concessions over the Brexit deal, according to the Irish PM.

Irish Taoiseach Leo Varadkar has said the EU is willing, if necessary, to wait and continue phase one of talks into next year before beginning discussions on any future trade deal.

Speaking in Gothenberg, Sweden, on Friday, November 17, ahead of an EU summit on social rights, Mr. Varadkar warned Dublin was opposed to the start of a trading relationship until Britain provided assurances about a post-Brexit border with Northern Ireland.

He is insisting on the UK providing written assurances over this key issue which has, so far, been a major sticking point during early negotiations between London and Brussels.

His comments came before he met the British prime minister Theresa May for direct discussions over the issue.

Afterwards a Downing Street spokesman described the meeting between the two leaders as being "constructive discussions on Brexit" with both looking forward to making further progress in the run-up to the December European Council.

"On Northern Ireland, the PM was clear that the Belfast agreement must be at the heart of our approach and that Northern Ireland's unique circumstances demand specific solutions. The PM said it was important to protect progress made in Northern Ireland over recent years. Both leaders agreed to work together to find solutions which ensure there is no return to the borders of the past," the spokesman said.

Earlier Mr. Varadkar said he remained optimistic "sufficient progress" could be made by the time the European leaders meet in Brussels next month.

The EU was prepared to wait for "concessions," he revealed adding this was despite Britain appearing not sufficiently prepared for the entire Brexit process.

"It is certainly possible that we can come to conclusions in December allowing phase two talks to begin. But, you know, if we have to wait until the new year, or if we have to wait for further concessions, so be it. What I think would be in all of our interests is that we proceed to phase two if we can in December. It's 18 months since the referendum, it's 10 years since people wanted a referendum, started agitating for one. Sometimes it doesn't seem like they thought all of this through," Mr. Varadkar said.

© Photo : Hannah McKay
British Minister Davis Vows UK to Get Ever Close to EU After Brexit
While Brexit is not on the agenda of the social summit, it is likely that Britain's withdrawal will be discussed on the sidelines especially as the talks appear to have reached a crucial phase.

In a speech in Berlin on Thursday, November 16, UK Brexit secretary David Davis insisted Britain did not want to isolate itself after its withdrawal from the EU.

He insisted the decision to leave the single market and customs union was not an "ideological" one but was out of respect for the indivisibility of the EU's four freedoms.