Brexit negotiations have been stuck, as the main issues, including the single market and customs arrangements, remain far from being resolved.

MOSCOW (Sputnik) — The UK Parliament's Home Affairs Committee has issued a report, which heavily criticizes Brexit preparations warning that the lack of a deal on the customs union is likely to lead to "the risk of either significant delays at ports of entry, or of inadequate checks taking place," since a "huge amount of change in a very short time" will require a "vast increase" in "capacity and processes" needed at the UK border. 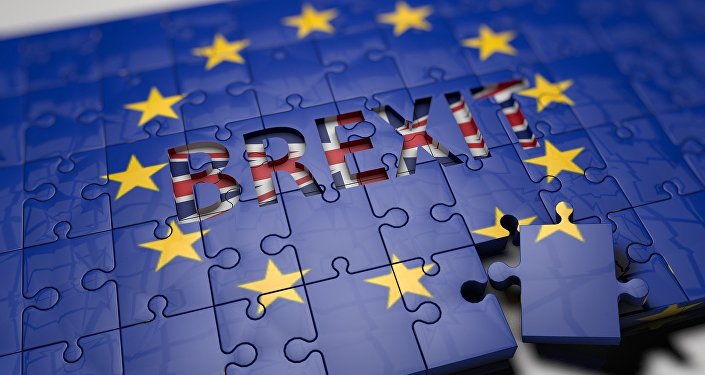 © CC0
Brexit Gridlock: PM May Reportedly Held 'Hostage' Amid 'Soft Coup' in UK
The committee stressed the need for a contingency plan for the border, which would outline the number and nature of checks that the government expects to carry out in case of no deal, plans for extra staff, new infrastructure and procedure as well as the costs of these developments.

According to the report, port and transport infrastructure should be urgently improved in order to prepare for the UK's pullout and that the government should ramp up its cooperation with privately-owned ports to ensure the implementation of all the changes.

Although the document did not focus on the border between Northern Ireland and the Republic of Ireland in particular, one of its conclusions was that the lack of solutions would heavily impact the border and customs operations in the area.

© REUTERS / Francois Lenoir
Brexit Divorce Envisages UK Abiding by EU Laws After Exit
The report's release comes after UK media reported last week that Brussels was trying to convince the United Kingdom to grant Northern Ireland a status that would allow it to have its own trade policy and even to remain part of the EU customs union.

As the membership in the customs union implies that countries inside the union do not impose tariffs on each others' goods and every country has the same tariff regulations on import from the outside of the union, Britain is seeking to leave it in order to be able to strike its own trade deals. However, UK Prime Minister Theresa May favors a transitional period after Brexit, where the country would remain part of the single market and the customs union, to give businesses time to adjust to new relations with the EU.