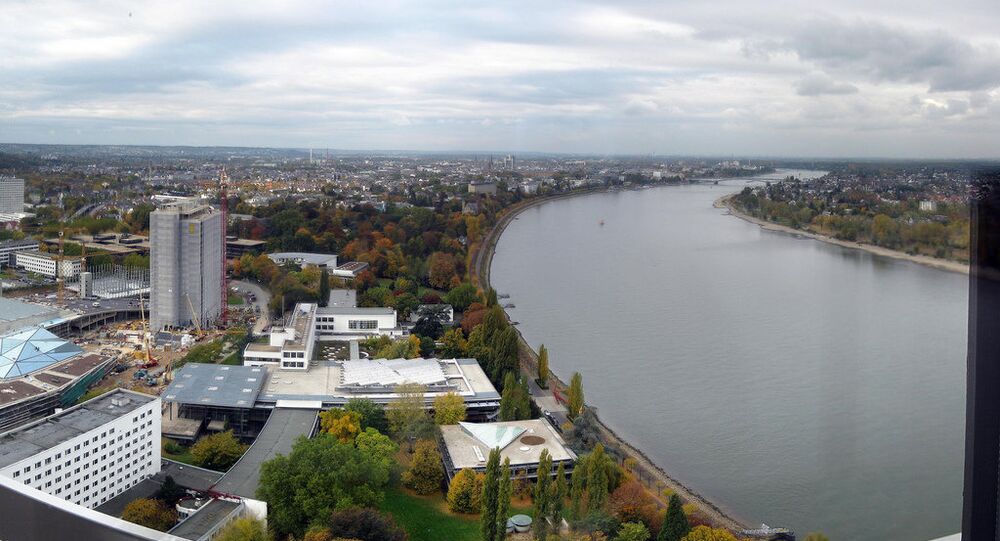 This week, Bonn is hosting the 23rd annual Conference of the Parties to the United Nations Framework Convention on Climate Change (COP23).

BONN (Sputnik) — Mayor of the German city of Bonn Ashok-Alexander Sridharan has told Sputnik that coal plants in Germany should be closed down because of air-polluting emissions and expressed hope that ongoing coalition talks in Berlin would help achieve this goal.

The German Greens are currently in talks with the Free Democrats and the union of the Christian Democratic Union of Germany and Christian Social Union in Bavaria on the formation of a coalition government following the September election, with the party reportedly pushing to have 20 coal plants closed, while other parties to the talks have proposed shutting down 10 plants.

Germany relies on hard coal and lignite for 40 percent of its energy production, while renewables provide 29 percent. There are currently no plans to build any new lignite-powered stations, while the Datteln 4 hard coal station, potentially the last one, is expected to be launched in 2018.

Bonn is located in North Rhine-Westphalia, the most industrialized state in Germany, which makes the city vulnerable to emissions of air pollutants.

This week, the city is hosting the 23rd annual Conference of the Parties to the United Nations Framework Convention on Climate Change (COP23), with the event attracting politicians and activists, as well as protesters who disrupted the US panel on fossil fuels on Monday.

Bonn Wants to Be Leader in Energy Efficiency

"We try to be front-runners concerning sustainability and resiliency. We started our project being sustainable and being climate resilient many years ago. We are front-runners in some points, for example, we have changed our gas plant and have a steam plant now with the energy efficiency of about 90 percent, we have energy mix of different primary energy sources, where almost 70 percent of the mix (in a form of renewables), which is the best energy mix in the whole Federal Republic of Germany," Sridharan said on the sidelines of the ongoing COP23 Climate Conference in Bonn.

© REUTERS / Alister Doyle
Singing Protesters Interrupt US Delegation at Climate Summit Event in Bonn (PHOTO, VIDEO)
According to the mayor, Bonn was engaged in different global networks, such as Local Governments for Sustainability (ICLEI), and partnerships with other cities exerting their own efforts to build a sustainable future, that allows the city to use the experience and best practices from around the world, as well as to participate in the projects that unite many cities striving for bigger sustainability and resilience.

"We do have project partnerships with other cities in the world, with which we exchange thoughts and ideas concerning sustainability and resilience. We are a part of ICLEI, which is the leading global network of more than 1,500 cities, towns and regions committed to become sustainable, low-carbon, resilient, ecomobile, with a green economy and smart infrastructure," the official explained.

At the same time, the German city has faced several obstacles while implementing its plans, such as problems with financing, Sridharan noted.

Commenting on the conference, the mayor stated, "As we know COP23 started last week and we were ready just in time. Till today, it works out really well. We have no traffic jam, the people are safe, no suspicion activities were reported, we have demonstrations, of course, but those are the demonstrations for protection of environment… Besides, the people of Bonn are very good hosts, this is what I hear from the delegates as well."

The mayor declined to specify how many police officers were ensuring security during the climate talks in the city, but noted that no army personnel was involved.

"Concerning security and organization, we worked together really well with the Federal Government, especially, with our Environment Ministry. They are the head of the organization team. It is and it was quite a challenge because we had only 11 months to prepare COP23," the mayor added.

"Of course, there are some logistic restrictions. We do have the capacity for visitors at the same time for about 15 000. However, during the COP talks not all people are here at the same minute. Many of them came for the first days, many of them will come for the last days and on November 15 we would be expecting all the heads of the nations," the mayor said.

When asked about the costs of COP23 for Germany and financial benefits for the city of Bonn from hosting the event, Sridharan said that, based on the German media reports, the Federal Government spent 170 million euros (about $212 million) to organize it, adding that financial benefits were not a "number one priority."

"Priority one from German prospective is that we go on further, faster, together. The COP23 motto: Further. Faster. Together. I think it is very important after what we heard from the United States. The members of the UN demonstrated that they plan to stick to the Paris Agreement, stick to [Sustainable Development Goals] SDGs," the mayor said.

The island state of Fiji, in danger of drowning because of the global warming, is presiding over COP23 this year, but its remote location and small size make it difficult to host an international conference. The German government explained in its statement that, while an international conference presented a significant logistical and financial challenge, a video conference could not replace live participation in the event, in particular, informal exchanges.