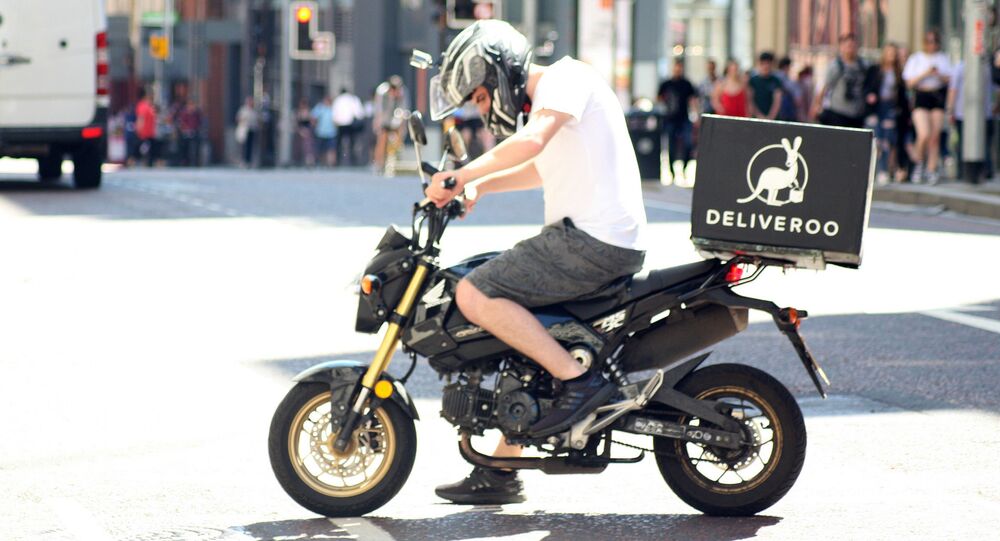 The judgement comes despite the UK Labour Tribunal's concerns over drivers' "precarious work" and recent granting of worker rights to Uber drivers.

Britain's Central Arbitration Committee (CAC) which rules on Labour and Union cases decided on November 14 that the food-delivery app Deliveroo's drivers do not qualify as "workers," meaning  they are not entitled to unionize, because they are classed as "self-employed."

The CAC reasoned that, because Deliveroo's riders have the ability to reject delivery jobs both before and after accepting assignments, they are self-employed and therefore not entitled to union recognition.

Despite ruling in favor of the delivery app, the Tribunal acknowledged that the Independent Workers Union of Great Britain (IWGB) which brought the case before the Committee had, "been able to demonstrate considerable levels of support" for its case and made reference to, "concerns about the precarious nature of the work and the wider debate around the gig-economy."

The case had been before the tribunal for a year, having been filed by the IWGB in November 2016 claiming that of Deliveroo's 4,500 drivers in the UK, 100 were part of an effort to create a collective bargaining unit in the Camden and Kentish Town areas, including 32 members of the Union itself.

In reaction to the judgement and possibly due to the decision against Uber, Deliveroo's Managing Director for the UK and Ireland Dan Warne said the company wants to offer concessions like sick-pay and injury-pay while keeping the delivery app's flexible business-model.

"This is a victory for all riders who have continuously told us that flexibility is what they value most about working with Deliveroo. We want to work with government to update legislation and end the trade-off between flexibility and security," he said.

The Secretary General of the IWGB, Dr. Jason Moyer-Lee, blamed the decision on Deliveroo "gaming the system."

"On the basis of a new contract introduced by Deliveroo's army of lawyers just weeks before the tribunal hearing, the CAC decided that because a rider can have a mate do a delivery for them, Deliveroo's low-paid workers are not entitled to basic protection," he said in a statement.

A response to the ruling on the IWGB website announced that the Union is reviewing the decision with its lawyers before considering their next steps.