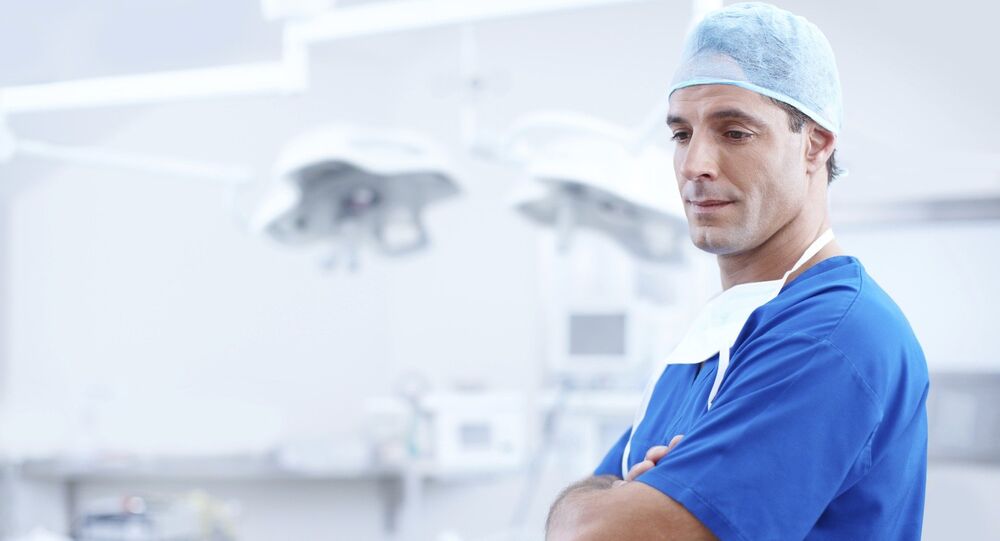 UK health secretary Jeremy Hunt has been accused of placing the National Health Service (NHS) on the brink of collapse after a study revealed almost one in five European doctors plan to quit the UK after Brexit, a leading UK-based political commentator has warned.

The British government's incompetent management of the NHS has placed it on the "point of imminent collapse" after it was also discovered nearly one in five European doctors currently working there plan to leave Britain, raising fresh fears of a Brexit-induced medical brain drain.

Almost half of the health service's 12,000 strong army of medics from the European Economic Area (EEA) are considering moving abroad, according to a survey published by the British Medical Association on Wednesday, November 14.

Our latest survey of #EU doctors in the UK has revealed a worrying increase in the number considering leaving as a result of the #Brexit referendum https://t.co/pIHnCIsXNv pic.twitter.com/GwM3YLWbHy

The findings come amid growing evidence that Brexit may exacerbate problems of understaffing in the NHS by making both retention and recruitment of EU staff more difficult.

Peter Stefanovic, journalist, lawyer and filmmaker, described the news as "extremely worrying," especially as the NHS is already buckling under the stewardship of Jeremy Hunt.

"We now have the longest A&E waiting times since 2004, fewer beds and doctors than almost anywhere in the EU — an NHS facing a crisis in morale, in staffing, in funding and social and mental health services at the point of imminent collapse," Mr. Stefanovic told Sputnik.

"The British Red Cross has rightly said the NHS is facing a humanitarian crisis which is not surprising given years of under-funding and a 50,000 shortfall of doctors and nurses," he said.

© AFP 2020 / Daniel LEAL-OLIVAS
A protester holds a placard in support of the NHS in front of the Elizabeth Tower, also known as Big Ben at the Houses of Parliament during a march against private companies' involvement in the National Health Service (NHS) and social care services provision and against cuts to NHS funding in central London on March 4, 2017

"The health secretary's response to this mess has been to deliberately mislead parliament over weekend death rates in order to railroad through a new unfair and unsafe contract for junior doctors,  which will see them working longer hours for less pay at a time when we already have them falling asleep at the wheels of their cars and the government's own equality impact assessment says discriminates against women!" Mr. Stefanovic said.

"He also voted down a pay rise for nurses to the cheers of his party when they've seen a 14 percent real terms pay cut! If all that isn't bad enough, the health secretary has insanely scrapped nursing bursaries putting newly qualified nurses £50,000 (US$65,635) in debt at a time when many of those that actually got a bursary can't even pay their bills and are using food banks to feed themselves," Mr. Stefanovic continued.

With around 40,000 nursing vacancies going unfilled, he warned that the onset of Brexit is going to make matters even worse for those working in the NHS.

"Clearly Brexit is having a profound impact not only on our European doctors, but others working in the NHS along side them, but I personally believe it runs deeper than that. It would be difficult to conceive of more incompetent management by a government of a dire situation and impossible to imagine this not having an impact on our European doctors as well as our own, who are now looking to better working terms and conditions in countries like Australia.

77% of EU doctors would consider leaving if #Brexit negotiations have a negative outcome; the Government must provide clarity https://t.co/yNCqeyObdr pic.twitter.com/piE231YML6

"If there is any surprise in today's report, it's that more UK doctors are not leaving the UK with their European counterparts. Ultimately, this is a situation which has been politically manufactured by a party which is now a byword for incompetence," Mr. Stefanovic told Sputnik.

In September, NHS figures showed that more than 10,000 staff from EU countries had quit since the Brexit referendum vote. In addition, the number of EU nurses coming to the UK has dropped by 89 percent in the last year, according to Nursing and Midwifery Council figures released on November 2, 2017.

The BMA survey said that 45 percent of respondents intimated that they were thinking of leaving Britain following the result of the EU referendum in June 2016. This figure is up three percentage points from a similar poll conducted by them in February.

Among those who are considering going elsewhere 39 percent have already made plans to leave. Some of those leaving have been offered jobs abroad, while others are actively applying for posts overseas.

Dr. Andrew Dearden, the BMA treasurer, said: "That so many EU doctors are actively planning to leave the UK is a cause for real concern. Many have dedicated years of service to the NHS and medical research in the UK, and without them our health service would not be able to cope."

Darren Jones, a Labor MP, said: "The British people were told last year that Brexit would boost the NHS by £350million (US$459 million) a week. Now the evidence is piling up that it will break it instead. We all depend on the brilliant work done by doctors, nurses and other staff who come from the EU. There is no chance that we could replace their expertise if they continue to leave the UK."

© AFP 2020 / Isabel Infantes
An NHS sign is pictured at St Thomas' Hospital in front of the Big Ben clock face and the Elizabeth Tower on January 13, 2017 in London.

The Department of Health (DH) has disputed the figures released last week by the General Medical Council, showing a slight year-on-year rise in the number of EEA doctors joining its medical register.

"This survey does not stand up to scrutiny. In fact, there are actually more EU doctors working in the NHS since the EU referendum, more EU graduates joining the UK medical register and 3,193 more EU nationals working in the NHS overall," a DH spokesperson said.