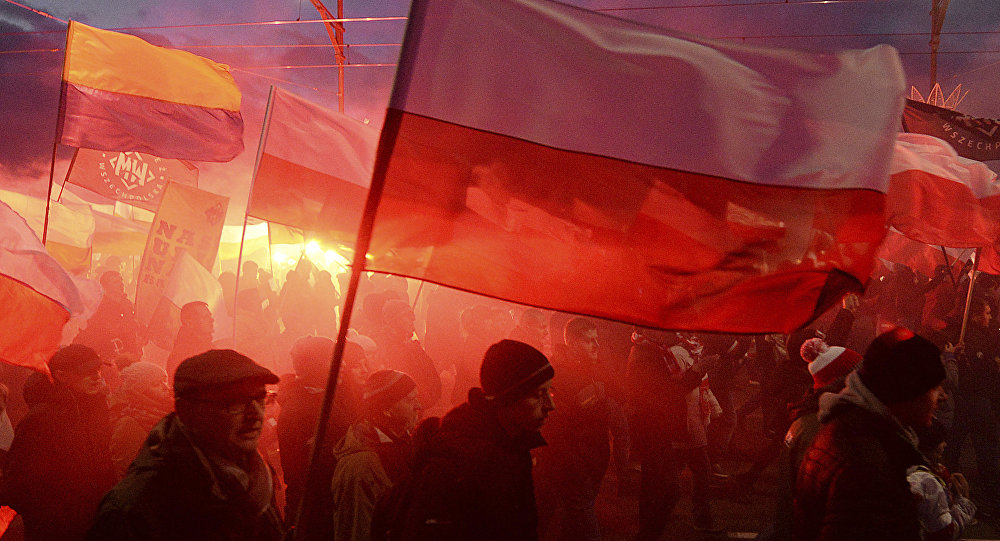 An estimated ten thousand far-right nationalists marched in Poland’s capital city of Warsaw on Saturday, dwarfing the official celebrations and casting a pall on the country's Independence Day commemoration.

The far-right ‘We Want God' march, while just one of several public events marking Poland's independence in 1918, was by far the largest and loudest, with participants traveling from around the world to march in solidarity with anti-immigrant, racist and, in many cases, fascist causes. 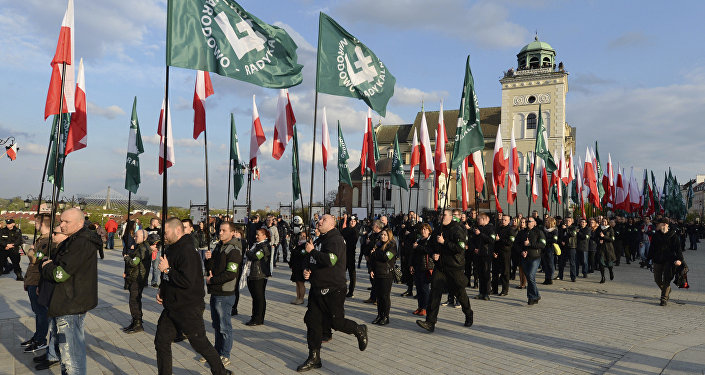 The presence of the far-right in Warsaw was said to be the largest in recent memory, eclipsing the official state commemorative events, according to Abcnews.com. The annual march, initiated in 2009, appears to be the most popular global celebration of racism, and has consistently grown in size each year, cited by the New York Times.

Calling for a ‘White Europe of brotherly nations,' marchers chanted racist slogans, including anti-Semitic calls to "remove Jewry from power," cited by the Daily Mail.

The marchers' ‘We Want God' slogan quotes lyrics from a Polish religious song that was surprisingly referenced by US President Donald Trump in a speech during a July visit to the northern European capital city.

Occurring at dusk and continuing into the later hours, marchers carried Christian symbols and red torches that ominously lit up the city, while red flares and firecrackers created a warlike urban scene.

Banners displaying the far-right 1930s falanga symbol were held aloft by many marchers, as well as a diverse array of posters, including those claiming that all Muslim immigrants are terrorists; same-sex marriage denouncements; and in support of the anti-Semitic National Radical Camp, a pre World War II group historically espousing extreme nationalist sentiments.