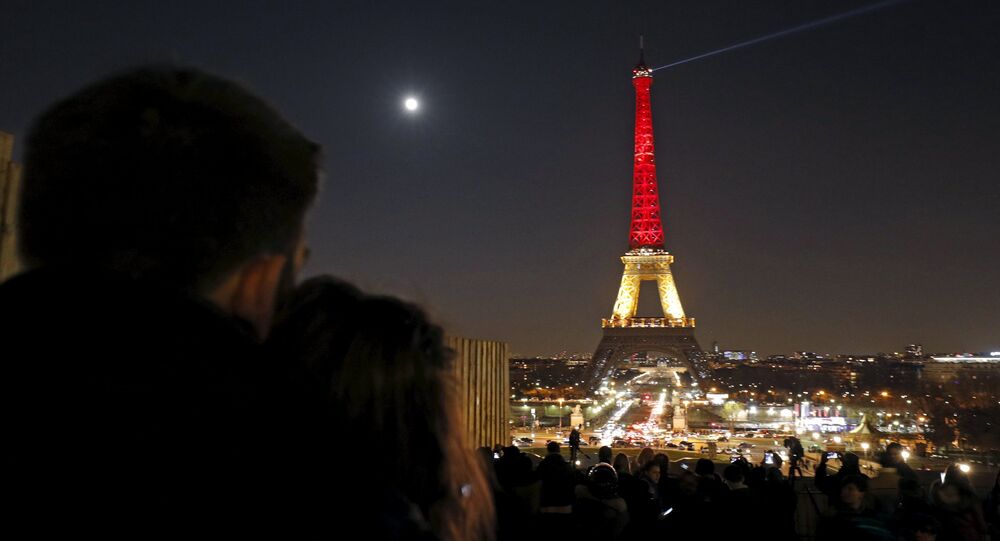 November, 13 marks the two year anniversary of the deadly attacks in Paris in 2015. The French Interior Minister has compared the current internal security level with that of two years ago.

MOSCOW (Sputnik) – France is ready to respond to terrorists in case of an emergency, and security is better than it was two years ago when Paris was rocked by a series of deadly attacks, according to French Interior Minister Gerard Collomb in an interview with Le Journal du Dimanche newspaper, published on Sunday.

"We have not thought that such a thing could happen in France … Despite that, we are prepared for [attacks]. Our security services are now better equipped to detect threats. They do it every week without attracting much attention to it," Collomb pointed out.

© AP Photo / Bob Edme
Large-Scale Anti-Terror Op Reportedly Launched by Police Across France
On October 30, French President Emmanuel Macron signed into law the anti-terrorism legislation, bearing elements of the state of emergency, including the extension of the security services’ powers. The new anti-terrorism law has been adopted in France in the wake of the repeated terror attacks in the country. It has caused severe criticism from many French people.

The deadliest terrorist attack occurred in France on November 13, 2015, when gunmen killed 130 people and injured over 350 others in Paris' northern suburb of Saint-Denis in a series of coordinated attacks. Collomb characterized the attack as "the first case of mass murder" in France.