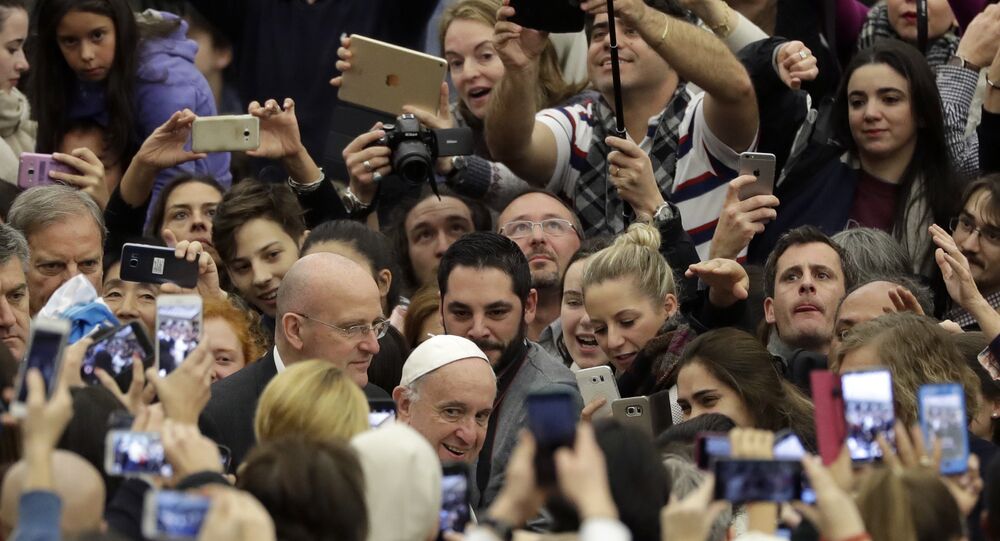 Pope Francis has ended the practice of selling cigarettes at the Vatican, and admonished believers to put down their cellphones during religious services.

"The Holy Father has decided that the Vatican will cease to sell cigarettes to employees as of 2018," said the Vatican in a Thursday statement.

"The reason is very simple: the Holy See cannot contribute to an activity that clearly damages the health of people," the Vatican statement detailed, pointing out that tobacco smoking kills over seven million people annually, according World Health Organization (WHO) statistics.

The Vatican makes money off of everything legally sold within its jurisdiction, and the reduction of revenue after ending sales of the popular plant-based nicotine depressant will impact the church's coffers.

"Although the cigarettes sold to employees and pensioners in the Vatican at a reduced price are a source of revenue for the Holy See, no profit can be legitimate if it puts lives at risk," the Vatican statement declaimed.

Pope Francis has only one lung following a bacterial infection in his youth. The popular Argentine has, however, allowed the continued sale and consumption of tax-free alcohol in the autonomous district.

In the midst of a Wednesday service performed at St. Peter's Square in Vatican City the Pope scolded those who attend services and operate cell phones and other handheld devices during the rituals.

"At some point, the priest during the Mass says, ‘Lift up your hearts,'" he said, adding after a beat that, "He does not say, ‘Lift up your cellphones to take pictures,'" according to the New York Times.

"It makes me very sad when I celebrate Mass here in the piazza or in the basilica," the 80-year-old pontiff said, "and I see so many cellphones held up."

Holy Chat! The Pope Called Space Today and This Is What It Had to Say