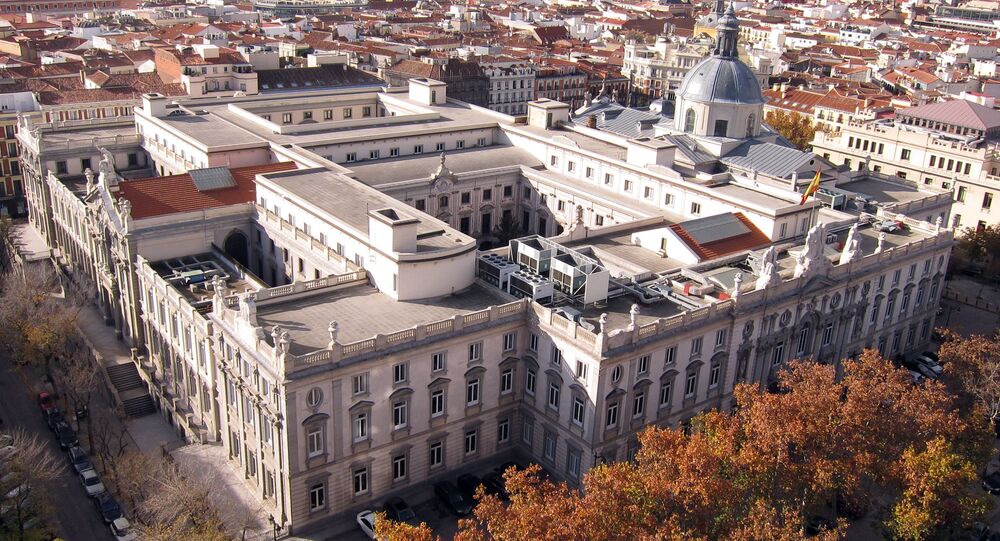 Catalonia’s defiant lawmaker Carme Forcadell was set free after she paid a hefty sum of 150,000 euros ($174,600) in bail for her role in the region’s push for independence.

"Going back home with a calm confidence of having acted correctly: guaranteeing freedom of expression in parliament, the seat of national sovereignty," Forcadell tweeted.

The Supreme Court has released the Catalonia's lawmaker after four other Catalan legislators were set free the day before after being told to pay each 25,000 euros of bail money within a week.

© AFP 2021 / GERARD JULIEN
Spanish Constitutional Court Rules Resolution Declaring Catalonia's Independence Illegal
Madrid put them all on trial after a vast majority of those who turned out for the October 1 referendum in the northeastern region of Catalonia voted for a split from Spain. The vote has been deemed illegal by Madrid. However, On October 27, the majority of Catalan lawmakers backed the resolution, outlining the independence declaration.

The Spanish Court then ordered to place eight former members of the Catalan government into custody, and issued an international arrest warrant for Puigdemont and four ex-ministers, who are currently in Belgium.