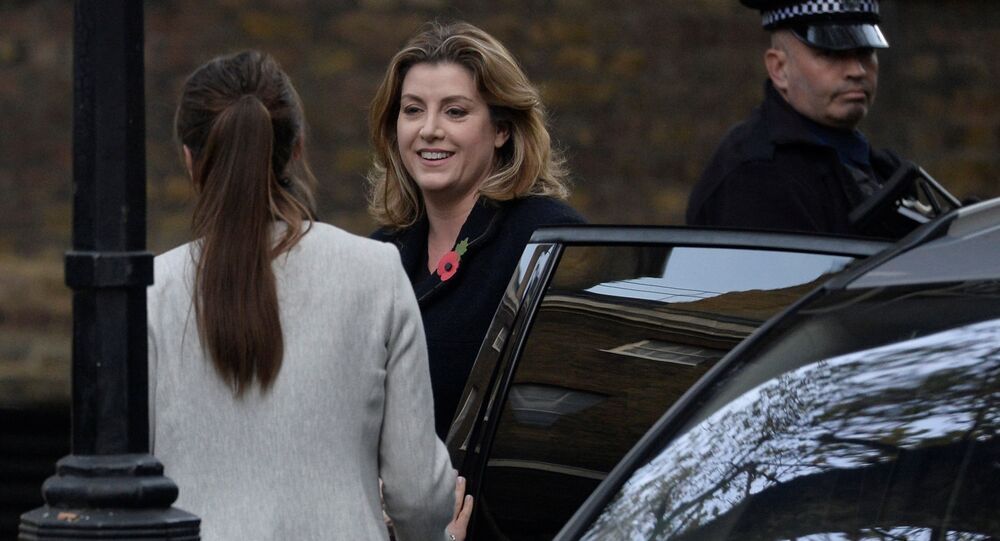 Penelope Mary Mordaunt is a Conservative politician, first elected as the Member of Parliament (MP) in 2010.

Mordaunt, 44, who was previously the minister of state for the department for work and pensions, substituted Priti Patel who stepped down on Wednesday.

Former holder of the office Priti Patel had to resign on Wednesday, following a scandal around her unofficial meetings with Israeli officials.

© REUTERS / Peter Nicholls
Back to Face the Axe? UK Gov't Minister Patel Ordered Home as Israel Row Deepens
Patel broke ministerial rules when, while on vacation in August, she met with politicians and businessmen from Israel without informing the UK Foreign Office or Downing Street; however, in an interview with the Guardian on Friday, Patel did claim she informed Boris Johnson, UK secretary of state for foreign affairs, about the meetings. She also added that the Foreign Office had known about the meetings, but "briefed against her."

The following Monday, Patel was forced to apologize and retract her Friday statements. In total Patel revealed she had 12 meetings in Israel.