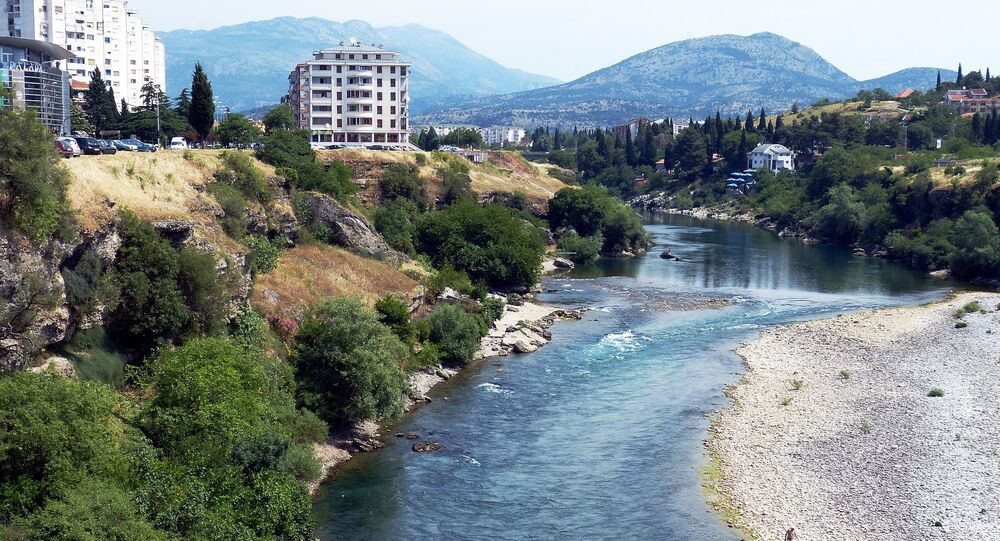 Macedonia is prepared for a “tough Russian response” to its bid to join NATO, but remains all set to mend fences with Moscow and sell it as many tomatoes and cabbages as possible, Prime Minister Zoran Zaev said in televised remarks.

“Russia responded to Montenegro’s accession to NATO, we are ready for that because my country has no alternative. I repeat – we want closer ties with Russia. We want to sell it tomatoes and cabbages, and other goods. But we have no alternative. Our choice is the EU and NATO,” Zaev said.
In an interview with Sputnik Serbia, Stevan Gajic, from the Institute of European Studies in Belgrade, said that Zoran Zaev was exaggerating Russia’s influence on Macedonia to justify a “different influence.”

© AP Photo / Risto Bozovic
'Intimidation and Instability': NATO Will 'Drag' Montenegro Into 'Future Conflicts in E Europe and Eurasia'
“We know the role US ambassador Jess Baily played in the recent events and how Zoran Zaev became prime minister and how they appointed Talat Xhaferi parliamentary speaker. The previous government had a honeymoon period with the West … but NATO is now trying to bring all the Balkan states under its control, including Macedonia. All key Macedonian politicians want to join NATO; then why should Russia exert any pressure on Macedonia?” Gajic wondered.

In the spring of 2017 Macedonian President Gjorge Ivanov refused to let Zoran Zaev, the leader of the SDSM party, form the cabinet fearing that this could undermine the country’s constitutional makeup, unity and territorial integrity.

As for Talat Xhaferi, in the early 2000s he commanded units of Albanian separatists fighting Macedonian security forces.

Stevan Gajic explained the pro-Russian sentiment in Serbia and Macedonia not by any pressure from Russia, but by the people’s rejection of Western pressure on the country’s leadership.

“Macedonians worry about their country’s name and its future in general,” Gajic noted.

Macedonia is ready to join NATO under the name of the Former Yugoslav Republic of Macedonia (FYROM), which Greece insists on.

© CC BY-SA 2.0 / Chris Favero, Wikimedia Commons / Klingons! SDCC 2014
Macedonia Rejects FYROM, Says It Sounds as Alien as Star Trek's 'Klingon'
Athens has long accused Macedonia of appropriating the name of the northern Greek region of the same name, and has blocked its neighbor from joining both NATO and the EU.

Zoran Zaev said, however, that once in NATO, Macedonia would settle the dispute with the Greeks.

Macedonia’s former ambassador to Russia, Risto Nikovski, denied any Russian pressure on Macedonia, adding that Russian officials had previously told him that Moscow has nothing against Macedonia’s accession to NATO.

“However, this was before the events in Ukraine when NATO emerged as an aggressor. After that, Russia’s position on NATO’s increased presence in the Balkans changed. This does not mean, however, that Moscow is exerting any pressure on Macedonia,” Nikovski emphasized.

Both Gajic and Nikovski said that Zoran Zaev’s statement was just a nod to US Vice President Mike Pence, who praised Montenegro for its ability to stand up to “Russian pressure,” and also to State Department representative Brian Hoyt Yee who, during a recent visit to Belgrade, said that Serbia “cannot sit on two chairs, especially if those chairs are too far apart."