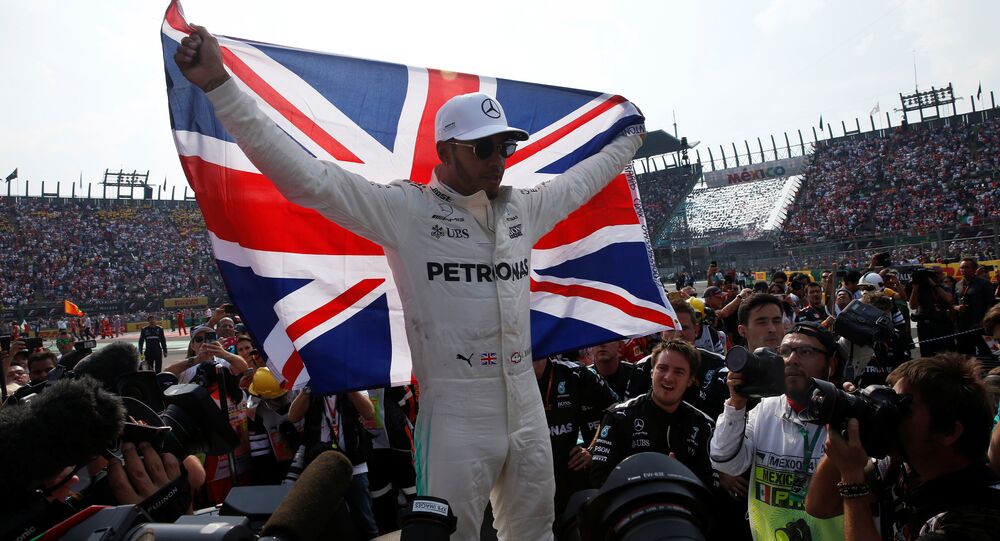 Lewis Hamilton, the Formula One world champion, managed to avoid paying European taxes on his private jet by using a controversial scheme that is now to be investigated by Britain's tax authorities.

A scheme used by newly-crowned Formula One champion Lewis Hamilton — already one of the world's richest sports stars whose personal fortune is estimated at US$240 million — to dodge paying European taxes on his private jet is to be probed by HM Revenue and Customs.

Legitimate tax avoidance schemes are not illegal and there is no suggestion Hamilton was directly involved in creating the scheme operated from the British-owned Isle of Man to finance the purchase of his £16.5 million (US$21.6 million) Bombardier jet from Canada in 2013.

Accountancy firm EY and Appleby, the law firm at the center of the Paradise Papers leak, helped the British racing driver and other clients establish artificial leasing businesses through which they rented their own jets from themselves under a scheme approved by the Isle of Man government.

Hamilton insists he instructed a senior lawyer to check the arrangements and was told they were lawful. He revealed that he always relied on professional advice through any of his day-to-day business dealings.

The sportsman appears to have used shell companies in the British Virgin Island, the Isle of Man and Guernsey to avoid the entire £3.3 million (US$4.3 million) owed when he imported the red-colored jet into England. Similarly, he set up another Isle of Man-based company to purchase a seven-figure motorhome, again paying no VAT.

Files leaked from Appleby and published on Sunday, November 5, suggest Hamilton should have paid some proportion of the VAT, but the Manx government believed it qualified for a full exemption under its current rules that are now to be investigated by British tax authorities.

The racing driver was on board his jet along with his then popstar girlfriend Nicole Scherzinger when it first arrived in Europe, landing at Ronaldsway airport in the Isle of Man at 06.40 am on 21 January, 2013. A customs officer who was on out-of-hours standby stamped and signed the import form before the aircraft quickly left.

Hamilton later confirmed on social media that he had joined the private jet set, posting a picture of himself reclining in one of the plush leather seats.

Flight logs in the Appleby data show no sign that the plane ever returned to the Isle of Man. It has, however, and continues to be part of a Manx leasing business.

Law experts who have since reviewed the formula used to avoid the VAT fee describe it as potentially "abusive," insisting it doesn't appear to follow European rules.

"No one seems to be enforcing the laws that exist," said Rita de la Feria, chair of tax law at the University of Leeds.