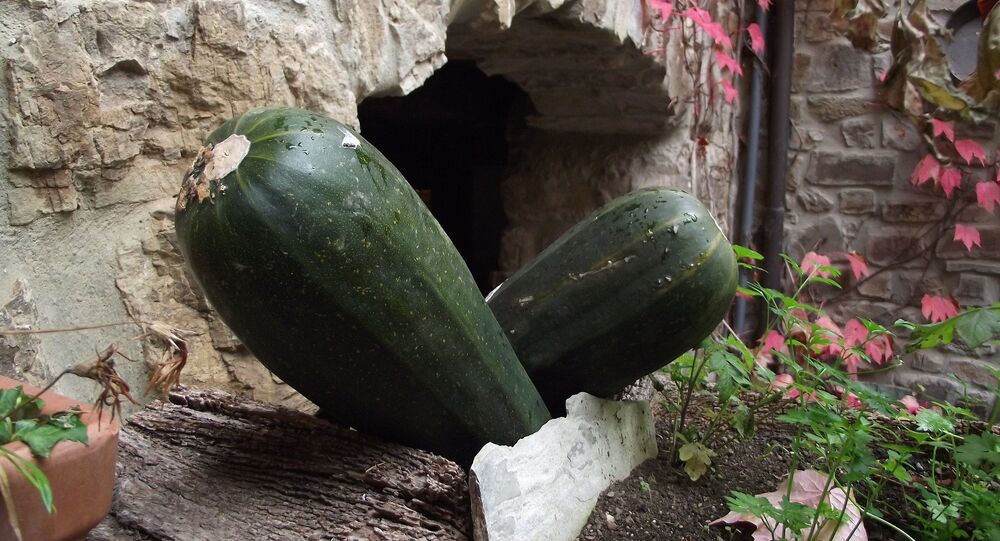 German police sped to the garden of an 81-year-old resident of Bretten, near Karlsruhe, recently, when the man reported finding what he identified as a World War II aerial bomb.

Arriving at the scene, however, they found something else, The Local reports. The long, dark, sleek object turned out to be a particularly large zucchini.

Someone had probably tossed the 40-centimeter vegetable — "which really did look like a bomb," according to the police — over the man's fence and walked away, the police concluded.

© AFP 2020 / DANIEL ROLAND
Thousands Evacuated Over Massive Unexploded WWII Bomb in Frankfurt (VIDEOS)
Much to the elderly citizen's relief, the zucchini did not require the intervention of a bomb squad, the police said.

While this particular story is ridiculous, in Germany, leftover aviation bombs are not a laughing matter. Even after 70 years after World War II, bombs are still unearthed every now and then, and, as any demolitions expert would tell you, they are still potentially dangerous. When bombs are found and bomb squads are called to various construction sites, thousands or tens of thousands of people can be evacuated for safety reasons.

In May, 50,000 people were evacuated in the city of Hanover, and in August, Sputnik reported an evacuation of 70,000 people after construction workers discovered a bomb in Frankfurt.

With the suspicious object looking like this, it's better be safe than sorry.

​And preferring to be safe pays off, as in the case of a Massachusetts librarian who discovered live American Civil War-era artillery shells in a bin in a library closet in July, according to a report by Atlas Obscura. The shells lay there, complete with a note by some unknown expert saying they might be live. And live they were, as the bomb squad found out, just before they transported the ordnance outside and got it safely detonated.

"I've been a director of libraries for a long time, and this kind of strange stuff just happens," she told reporters later.