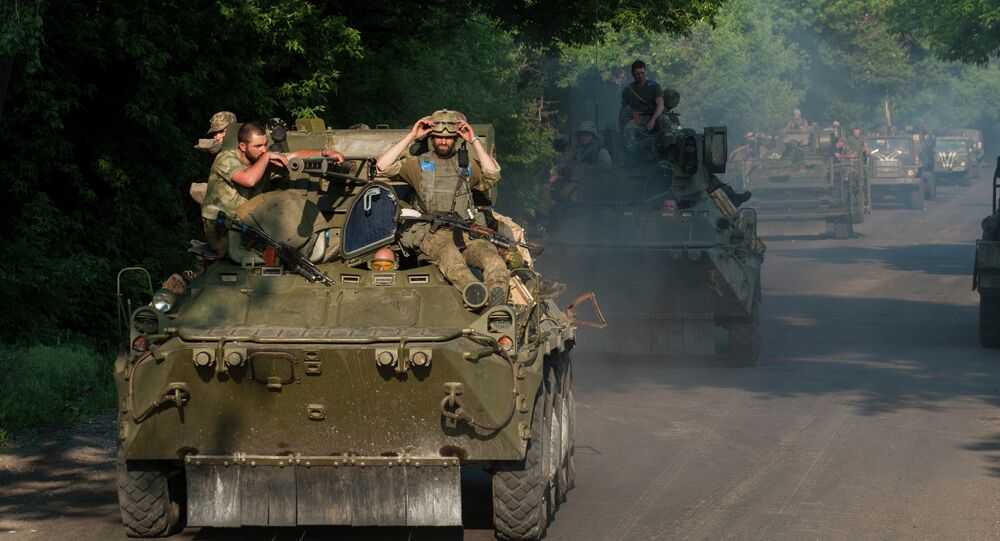 Remarkable progress was achieved with signing the Minsk peace agreements which ended violence in the war-torn east of Ukraine, however, the Ukrainian Army regularly undermines peaceful situation.

© Sputnik / Vladimir Pesnya
Moscow Concerned Over Kiev's Readiness to Ignore Minsk Deal - Foreign Ministry
In October, the Ukrainian parliament adopted a bill on the reintegration of the eastern region, known as Donbass. In the legislature the Donbass region is referred to as "temporarily occupied territories" and Ukraine's president is entitled to use the armed forces without parliament's approval.