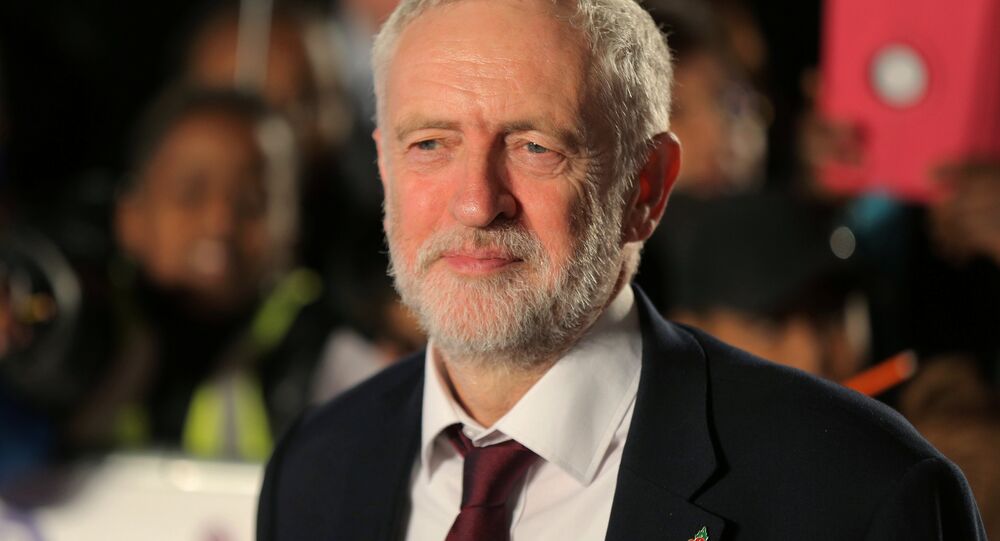 UK Labour Party leader Jeremy Corbyn will make a commitment to "overturning" the "warped and degrading culture" that pervades Westminster and society as a whole, following a spate of claims of sexual harassment and assault against politicians from the Labour and Conservative parties.

The leader of the UK Labour Party, Jeremy Corbyn, is to tell his party's conference that the "warped and degrading culture" that pervades in the UK political system and elsewhere in society must be overturned following numerous sexual harassment claims which represent a "moment of real change."

"It is not enough to say: this is wrong, then only tinker with procedures," Corbyn will say in his address to his party's north-west regional conference in Blackpool on Sunday, the Guardian newspaper reported.

"How we respond to this moment will shape the way we live our lives. We need to make a fundamental shift in the balance of power, and transform the way our society works."

"Labour is committed not just to challenging a warped and degrading culture in Westminster, and across society, but to overturning it. This week we appointed a leading barrister to investigate if and how the party got it so painfully wrong in the case of Bex Bailey. We are not afraid to turn the spotlight on ourselves," Corbyn will say.

Several Labour and Conservative Party politicians have been accused of sexual harassment in recent weeks. Defense Minister Michael Fallon has been forced to resign after admitting misconduct and Labour MP Kelvin Hopkins has been suspended after Labour activist Ava Etemadzadeh accused him of behaving inappropriately.

© AFP 2020 / LEON NEAL
British opposition Labour party MP for Luton North, Kelvin Hopkins, speaks at the launch of the "Labour Leave" campaign in central London on January 20, 2016
Etemadzadeh made a complaint after working with Hopkins in 2014 and 2015, and the MP, who denies the allegations, was reprimanded by the Labour Party's then chief whip Dame Rosie Winterton.

However, the Labour leadership is facing questions about its judgement since Hopkins was subsequently promoted to culture spokesman, a position he held between June and October 2016, without asking the whips' office for advice on the matter.

Labour MP Jess Philips told BBC Radio 4's Today program that Hopkins' promotion was "wrong" and occurred because "people just didn't take it as seriously as it needed to be taken."

"I am a bit concerned about the fact that Kelvin was then promoted afterwards, that does seem wrong to me," she said.