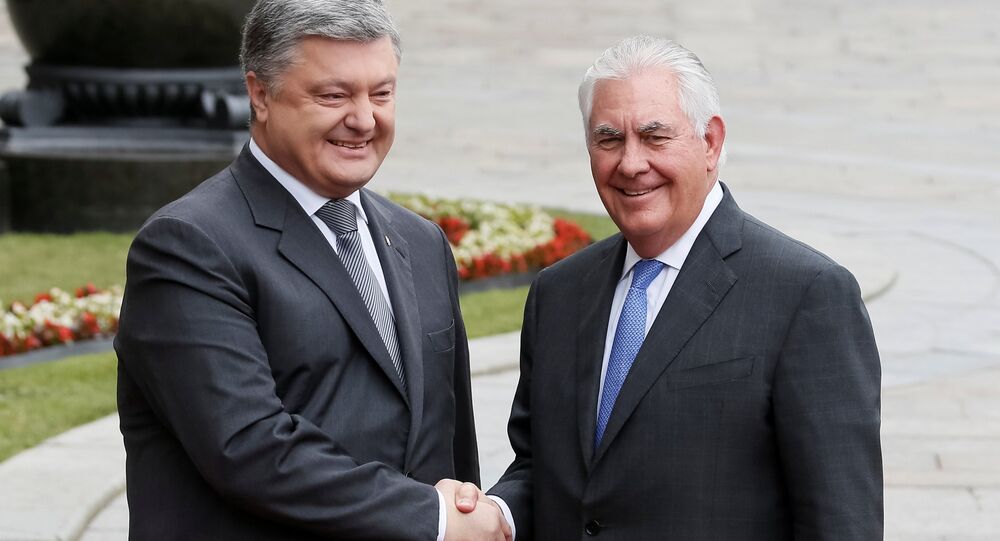 Poroshenko’s press service announced that he discussed steps for deployment of the international UN mission in Donbass.

"The parties expressed satisfaction over the implementation of the agreements reached between the presidents of Ukraine and the United States [Poroshenko and Donald Trump] during their meeting in New York. The interlocutors coordinated further steps for deployment of the international UN mission on the occupied part of Donbass, including the uncontrolled part of the Russian-Ukrainian border," the statement of the press service said.

© Sputnik / Dan Levy
No Written Proposals Sent to Russia on UN Donbass Mission - Lavrov
In April, Poroshenko suggested the deployment of a UN peacekeeping mission in Donbass, with Kremlin in response stressing the importance of consultations among all sides, including eastern Ukraine's self-proclaimed republics.

In early September, Russian President Vladimir Putin also expressed support for the idea, but insisted that the mission should only work on ensuring the security of the Organization for Security and Co-operation in Europe observer staff, with the peacekeepers only placed on the contact line between the warring parties. Kiev, in its turn, condemned Moscow’s proposal, stating that it misrepresented Ukraine's initial project.

Moscow: Future of UN Mission to Donbass Depends on Position of Kiev, Washington