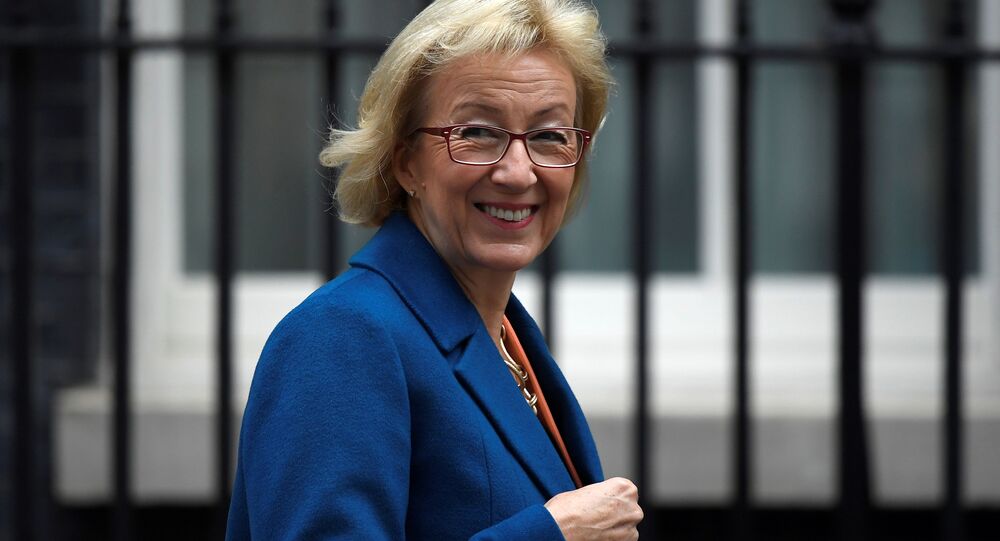 Reports have emerged that former UK Defense Secretary Michael Fallon was fired because he made a lewd comment to Leader of the House of Commons Andrea Leadsom; Downing Street has stated that Leadsom did not demand Fallon's resignation for the comment, which was allegedly made during a meeting more than five years ago.

The UK Prime Minister's office says that leader of the House of Commons Andrea Leadsom did not ask Prime Theresa May to fire former UK Defense Secretary Michael Fallon because of a comment he made to her several years ago.

"The Leader of the House did not, and has not, asked the prime minister to consider the position of Sir Michael Fallon when he was defence secretary," Downing Street stated.

According to media reports, Leadsom had complained to Prime Minister Theresa May about an exchange she had with Fallon during a Commons committee meeting between 2010 and 2012.

When Leadsom complained that she had cold hands, Fallon allegedly told her, "I know where you can put them to warm them up."

© AFP 2020 / SAJJAD HUSSAIN
British Secretary of State for Defence Michael Fallon speaks during an event at the Vivekananda International Foundation in New Delhi on October 30, 2014
Leadsom made the allegation to May on Monday, the Daily Mail reports. Senior Conservative MP's told the newspaper that they were furious about her move.

"He made mistakes in the past but what the f*** does Leadsom think she is doing? We're supposed to be a team. Does she want to bring down the whole f***ing Government?" a source close to Fallon said.

Fallon resigned on Wednesday after reports that he had been rebuked by journalist Julia Hartley-Brewer during a dinner in 2002 for touching her knee. Hartley-Brewer said that if Fallon's resignation was because of the knee incident, it would be "the most absurd reason for anyone to have lost their job in the history of the universe."