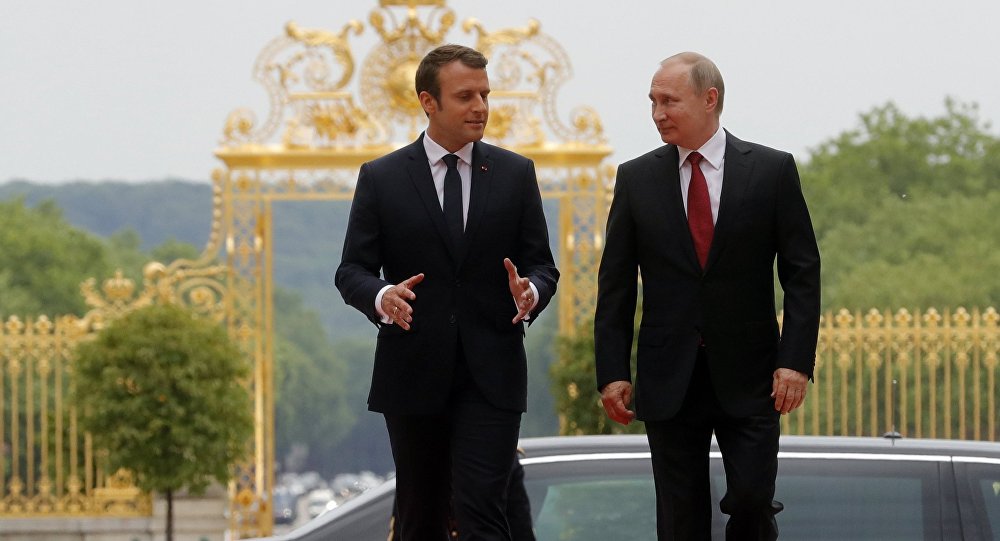 Vladimir Putin and Emmanuel Macron spoke about importance of the means to resolve the situation around the Iranian nuclear program.

"Vladimir Putin informed Macron about the results of his trip to Iran. In this context, the leaders spoke in favor of a thorough implementation of the Joint Comprehensive Plan of Action to resolve the situation around the Iranian nuclear program, stressing the inadmissibility of a unilateral revision of this crucial agreement" the press service said in a statement.

JCPOA: The Art Of Breaking The Deal
Earlier, US President Donald Trump refused to officially confirm to the US Congress that Iran is in compliance with the Joint Comprehensive Plan of Action (commonly referred to as "Iran nuclear deal").

Every other party to the P5+1 group that brokered the historic deal in 2015 remains committed to the deal, which stipulates the gradual lifting nuclear-related sanctions imposed on Tehran in exchange for assurances that its nuclear program would remain peaceful. EU foreign policy chief Federica Mogherini said earlier that the EU is committed to the continued full and effective implementation of all parts of the JCPOA. German Foreign Minister Sigmar Gabriel also said that Berlin would try to persuade the US Congress to keep the deal.