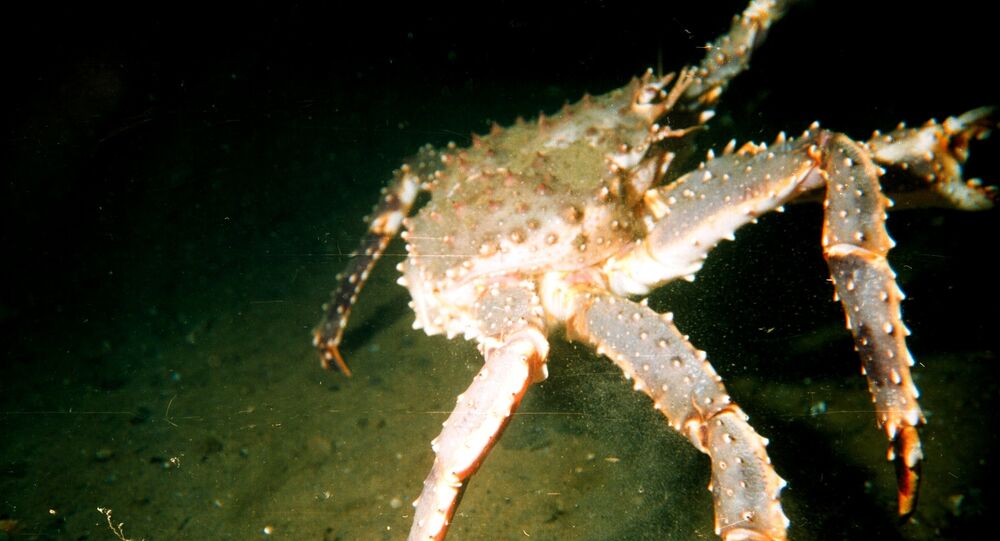 Norway and the European Union are at odds with each other over fishing rights for the snow crabs thriving on the seafloor around the Arctic archipelago of Svalbard. This dispute is expected to set the stage for a more dramatic conflict involving potential oil and gas riches found in the same waters.

The conflict over crab-catching has been smoldering since the EU claimed the same fishing rights around Svalbard as Norwegian vessels.

While administered by Norway, the international arctic territory of Svalbard provides equal access to what is defined as "the Spitsbergen island group" to all countries that signed the 1920 Svalbard treaty. Oslo, however, maintains that the right to equal access doesn't apply to the seabed within 12 nautical miles off Svalbard's shores, claiming exclusive rights in the absence of any specific quota agreements.

The EU, on the other hand, is challenging Norway's sovereignty over fisheries and has recently demanded licenses for crab-catching in the vicinity of Svalbard. According to Brussels, EU vessels should be entitled to the same amount of fishing bounty as Norwegian vessels.

© CC0
Oh, Deer! Norway, Sweden Squabble Over Reindeer Grazing Across Borders
At present, Norway claims rights to 4,000 tons of crab, while earmarking 500 tons for potential quota exchanges. Oslo has made it clear that it is unwilling to give away "a single crab" unless it gets something in return. The EU, on the other hand, unilaterally issued a series of crabbing licenses to 20 vessels from, among others, Latvia, Lithuania, Estonia, Poland and Spain, whose legitimacy has been rejected by Norway.

A new debate on the issue will be unavoidable over the coming weeks as fishing rights for 2018 must be stipulated. While Norway insists on discussing the crab dispute in connection with regular fishing negotiations in late November, the EU wants to keep the crabs off the agenda, however difficult it might be.

The divisive snow crab is a relatively new phenomenon in the Arctic waters. A native of the Far East, it was introduced in the Russian part of the Barents Sea as an experiment in the 1960s. After long lying dormant, the crab population began to explode in late 1990s. Norwegian fishing previously identified the migrant species as a lucrative industry, with a potential of bringing billions of kronor into Norwegian state coffers.

​Meanwhile, the crab conflict may boil over into a major international debate, with much more than lucrative arthropods at stake.

Once the EU ascertains its right to crabbing, it may mean that Norway will be forced to share its oil and gas resources in this resource-rich area. The snow crab case has been thus dubbed a "test sonde" to see how Norway might handle potential claims on oil.

Norway, a non-EU member, must nevertheless comply with most EU rules and regulations through its membership in the EU's European Economic Area (EEA).