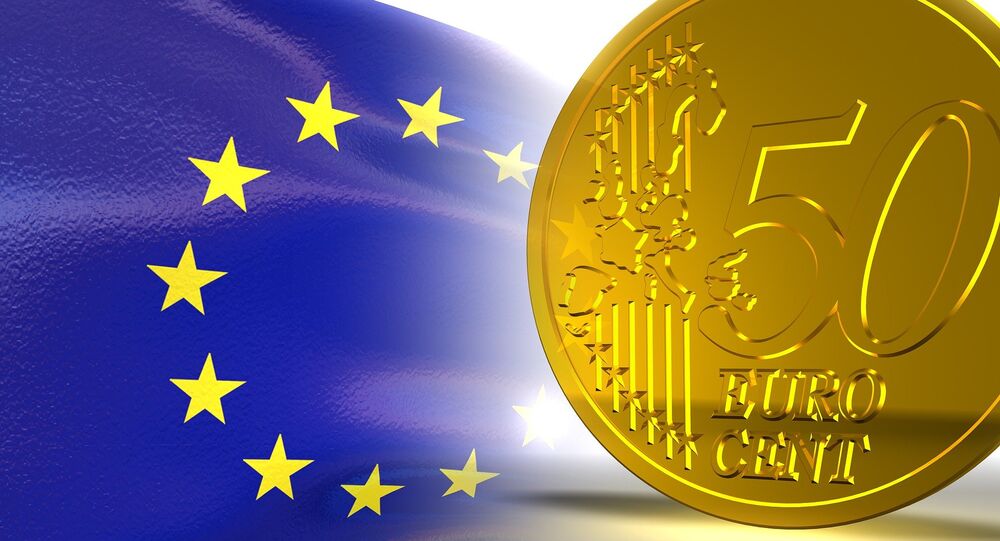 The Western gas industry pumped hundreds of millions of dollars into lobbying European Union lawmakers in 2016, and found a highly receptive audience in Brussels, as leaders are desperate to reduce their dependency on Russian gas. However, the result is a continent littered with needless gas infrastructure - and rising Russian gas imports.

The gas industry and its backers spent around US$120 million lobbying lawmakers in the European Union in 2016, according to a Corporate Europe Observatory report, deploying over 1,000 lobbyists and an "army" of PR consultants to secure hundreds of high level meetings with EU Commissioners.

​"Without a legally-binding and fully-enforced transparency register that ensures accurate and detailed declarations of lobby spending and activities, it's impossible to be fully precise about the true firepower of the gas lobby," the report said.

In all, gas lobbyists met with Commission vice-president for energy union Maros Sefcovic and climate commissioner Miguel Arias Canete on at least 460 occasions between November 2014 and August 2017 — an average of three meetings weekly.

Out now: our new report on the #gaslobby & the EU's push for new #gas infrastructure #COP23 #NoNewGas https://t.co/LL41k61Zs0 #lobbying pic.twitter.com/WYRTPlEpxX

Corporate Europe suggested these figures were probably underestimated, given many companies and organizations lobbying on gas are not on the radar.

The EU's lobby register is not mandatory and contains self-reported data that's not independently verified.

"Industry proximity to decision-makers and their financial power has seen them capture the agenda, with their own profit motives placed before the interest of the climate and the livelihoods of communities along the supply chain. The EU has proven highly responsive to pressure from industry and member states, providing policies that give gas significant legislative, political, and financial support," the report continued.

The #gaslobby is as happy as this dancing pumpkin with the EU's plans for new gas infrastructure #NoNewGas #NoTAP https://t.co/2IetGWxxoT pic.twitter.com/8PgOE7nhnq

​The receptiveness of energy commissioners to the industry is perhaps unsurprising given Canete himself hails from the oil and gas industry and "still has close ties."

Together with Sefcovic, the pair are "driving forward the gas industry agenda at the highest political level" with the full collaboration of member state leaders.

​Their plan, the report suggested, is to create an integrated EU-wide gas market underpinned by brand new infrastructure.

The new envisaged infrastructure, built under the "Projects of Common Interest" (PCI) program, "resembles a gas industry wish-list" — indicating "industry spin on gas has been swallowed."

The NGO also criticized the European Network of Transmission System Operators for Gas (ENTSO-G), an organization created by the EU in 2009, representatives of which also tried to influence EU lawmaking via members of the European Parliament.

The organization is also involved in the selection of PCIs — once categorized as PCI, an infrastructure project receives permits far easier, and is eligible for EU funds.

The report also makes clear Brussels' desire to reduce its dependence on Russian gas exports is a major political driver behind the EU's push for more local gas infrastructure.

This push for greater infrastructure comes despite gas demand in the EU being down 13 percent in 2017 compared to 2010, due to renewable energy and energy efficiency policies, among other things.

According to the International Energy Agency, EU gas demand will have to fall another 40 percent by 2040, if the EU is to meet its commitments made under the Paris Agreement at the 2015 UN climate talks.

"The EU should put a moratorium on all new gas infrastructure, rather than building assets prove to be huge financial liabilities and 'stranded assets' which have been paid for but are no longer usable, let alone profitable," the report recommended.