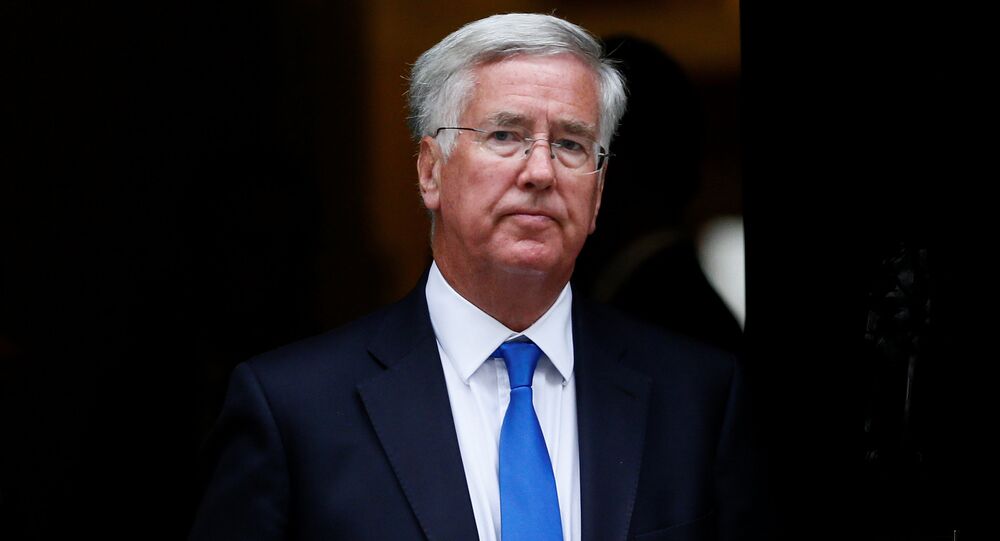 UK Defense Secretary Michael Fallon has admitted he touched a female journalist’s knee during a conference dinner 15 years ago. His admission comes as the British parliament has been engulfed in a sexual harassment and misconduct scandal.

Journalist Julia Hartley-Brewer, now a host on talkRADIO, previously did not name the Defense Secretary when talking about the 2002 incident. However, Fallon admitted to The Sun on Sunday that he had touched the journalist, but insisted that he apologized over his misconduct.

A spokesperson for the defense secretary told The Independent that Fallon "had apologized when the incident happened 15 years ago and that both Julia and he now consider the matter closed."

In a statement, Hartley-Brewer wrote that the minister "repeatedly" put his hand on her knee, but she "politely explained to him that, if he did it again, I would 'punch him in the face'" and the incident was settled.

This "incident" happened in 2002. No one was remotely upset or distressed by it. My knees remain intact. I refer you to my earlier statement pic.twitter.com/TWTj0nnsWb

​The journalist added that she did not feel herself a victim of sexual harassment and that she regards the incident as "anything but mildly amusing."

I'm not a fan of Michael Fallon but him putting his hand on a woman's knee in 2002 doesn't seem like headline news. Yet it is.

​Fallon’s admission came amid accusations that parliamentary authorities had not properly dealt with allegations of sexual harassment from female staff.

​On Monday, a leaked dossier compiled by Conservative party aides revealed that at least 36 senior Tories have been accused of sexual harassment by aides and staff and Prime Minister Theresa May is facing allegations of a cover-up after repeatedly failing to confirm when she first learned of the allegations.