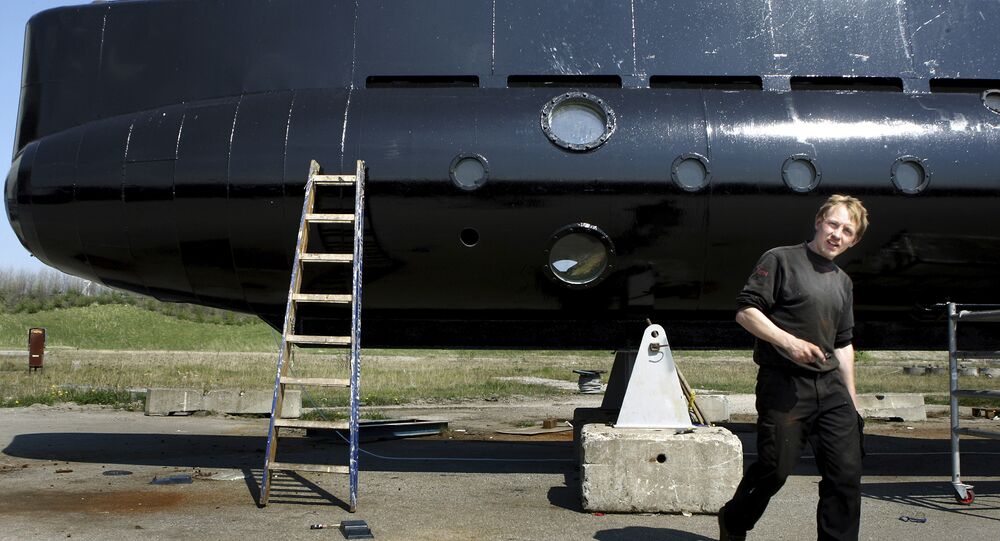 Danish inventor Peter Madsen said that Kim Wall died as a result of carbon monoxide poisoning inside the submarine.

"He had explained that Kim Wall died as a result of poisoning with carbon monoxide inside the submarine, when he was on deck of the submarine. Besides that he admitted that he had later dissected [Wall's body] and threw all its parts into Koge Bay," the statement said.

© AP Photo / Niels Hougaard
Torture Videos Found on Computer of Inventor Alleged to Have Killed Journalist Aboard Submarine
According to the statement, Madsen agreed with extension of his term of imprisonment by November 15 on suspicion of the reporter's murder.

The Nautilus, with Madsen and Wall on board, went to sea on August 10. The next day, the journalist was reported missing by her friend. The inventor told the police that he did not know the journalist's whereabouts and that he had left her on a beach a few hours after the joint submarine voyage. Subsequently, he had changed his testimony, saying that she had died because of accident aboard the submarine, after which the inventor disposed of her body by dumping it in the sea.