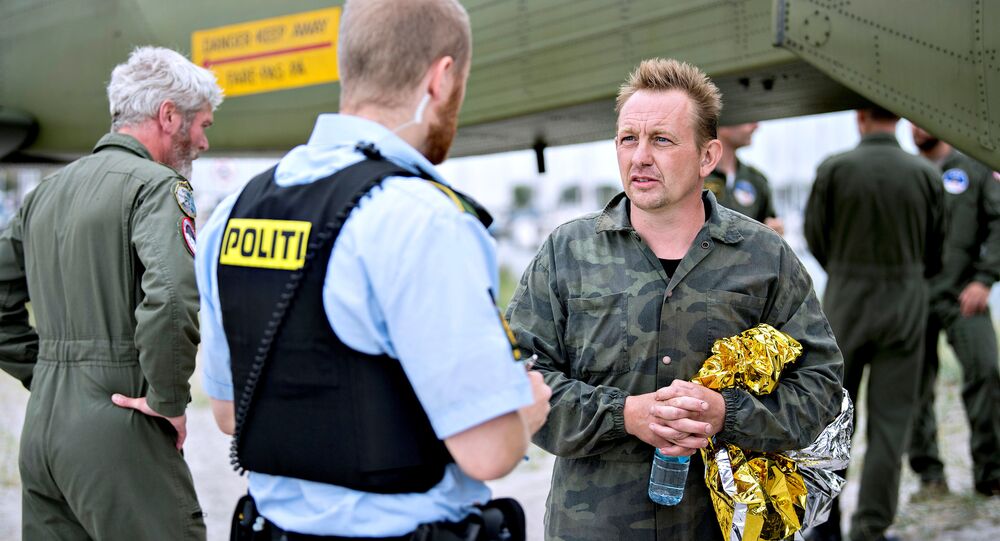 The Danish inventor and owner of the UC3 Nautilus submarine, Peter Madsen, suspected of murdering Swedish journalist Kim Wall, has admitted to dismembering her body, but denied killing her.

Madsen told the police that the journalist Kim Wall died because of carbon monoxide poisoning aboard the submarine and that he dismembered her body, dumping parts of it into the sea.

Wall, 30, disappeared on August 10 after boarding Madsen's submarine in Copenhagen as part of research for a story she was working on about the inventor. Her torso was found on the Danish coast on August 21, and her head, legs and clothing were later found in weighted bags by police divers on October 6.

Initially Madsen was charged with manslaughter after he said that the journalist died on board his homemade 17-meter submarine, changing his original story that he dropped Wall off alive at a restaurant in Refshaleøen, an island in Denmark.

© AP Photo / Ritzau Foto
Danish Inventor Arrested as Journalist Goes Missing After His Submarine Sinks
However, stab wounds were discovered around her ribs and genitals. Investigators believe they were caused "around or shortly after her death," The Independent UK reported.

Madsen has repeatedly changed his account of what happened aboard the submarine.

On the evening of August 10, Madsen and Wall went on a submarine tour around Copenhagen. When Wall did not come home, her boyfriend contacted the police and reported her missing.

The sunken submarine – a 26-foot UC3 Nautilus – was brought ashore after being found 7 meters below the surface of the ocean by search operation crews.

"The investigations confirm that the sinking of the submarine was allegedly a consequence of a deliberate act," according to Copenhagen police, The New York Post reported.

Madsen was rescued by a local after he jumped into the water and swam to a boat. He was shortly afterward arrested by police.

In the recent developments of the bizarre story police have also found footage of women being tortured, strangled and beheaded on a computer belonging to Madsen. He denied the videos were his, saying that his computer was used by a number of his staff, including an intern.

Madsen's lawyer, Betina Hald Engmark, said her client has not admitted any crime.

Denmark to Present Initiative on Paris Agreement Fulfillment at UNGA