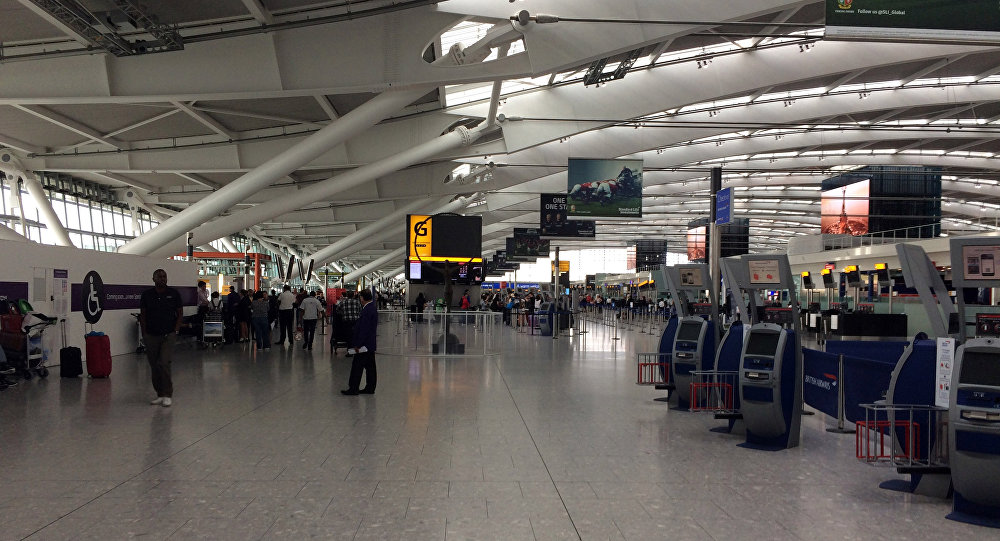 The busiest airport in the United Kingdom has launched an internal investigation amid an alleged data leak, according to the local media.

MOSCOW (Sputnik) — Earlier in the day, the Sunday Mirror newspaper reported that an unemployed man had found a USB stick containing sensitive information about the type of IDs needed to access restricted areas at the airport, the location of CCTV cameras, a patrol timetable for preventing a terrorist attack  and even a secret route used by Queen Elizabeth to get to the airport. The files on the USB stick were not password-protected.

© REUTERS / Darren Staples
London Police Detain Man at Heathrow Airport on Suspicion of Planning Terror Attack
A Heathrow airport spokesperson said that "the UK and Heathrow have some of the most robust aviation security measures in the world and we [Heathrow airport] remain vigilant to evolving threats by updating our procedures on a daily basis."

An airport spokesperson also told the Sky News broadcaster that steps are being taken to prevent such incidents in future and assured that after reviewing all security plans airport's staff is confident that Heathrow remains secure.

The news comes against the background of increased security measures following a series of terror attacks in the United Kingdom in 2017. After the most recent bombing attack on the London tube on September 15, which left dozens of people injured, terror threat level was raised to critical and now stands at severe.