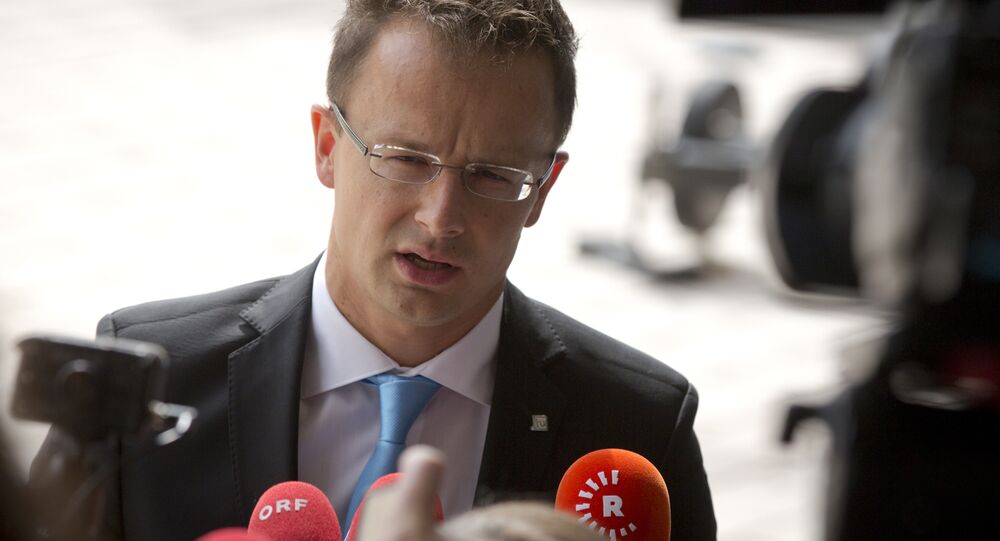 Hungary announced that it will block Ukraine’s aspirations to integrate into NATO over a law that forces all Ukrainians study in a single language.

Hungary stated that it cannot support Ukraine's integration into the military bloc and vetoed the NATO-Ukraine Committee summit scheduled take place in December, the Foreign Ministry of Hungary announced, according to a statement published on the country's government website.

The reason for the veto lies with the so-called Law on Education, adopted by the Ukrainian Parliament in September. According to the law, school students will be required to study in the Ukrainian language. The law allows for one or several disciplines to be taught in another language — either English or other official European Union language.

© CC0
Will Austria and Hungary Form a New Powerhouse in Europe?
According to Hungary's Foreign Minister of Foreign Affairs, Peter Szijarto, the recently adopted law "brutally mutilates" the rights of minorities living in the country. There are some 150,000 ethnic Hungarians living in Ukraine's Zakarpatie region.

"The law is a serious step back in the area of minority rights, and we cannot leave it without speaking up," he added, according to Xinhua.

Hungary has been a vocal supporter of Ukraine's NATO integration aspirations, Szijarto noted during the press conference, but the September law was perceived as a "stab in the back."

According to Xinhua, Szijarto underscored that Hungary will continue to act accordingly until the situation is "properly remedied."

In September, Hungary urged Ukraine not to adopt the highly controversial law and warned that Budapest "will block all steps within the European Union that would represent a step forward in Ukraine's European integration process," RT reports.

There is no way to circumvent Hungary's veto, as only a unanimous vote of all NATO members allows for a summit with Ukraine, the minister pointed out during the press conference.

According to Conflict Observer's Jonathan Wade, the Ukrainian Law on Education will further separate Russian-speaking people of Donbass and Lugansk, and the mainland.

"Through this law, citizens of Ukraine in the Donbass and other predominantly Russian-speaking regions, who have been speaking Russian for generations, will have to abandon their language and adopt one of the state-approved languages. The self-proclaimed Republics will never accept that and their independence claims will be further strengthened by Ukraine's willingness to erase minority cultures," he wrote.

Wade observed that Ukraine's intention to wipe away the Russian language was the reason the Crimean peninsula declared independence.

"The reunification of Crimea and Russia was also based on Ukraine's willingness to erase the Russian culture and adopting Ukrainian as the only official language of the country, making it impossible for the vast majority of Crimeans to interact with government officials," Wade noted.