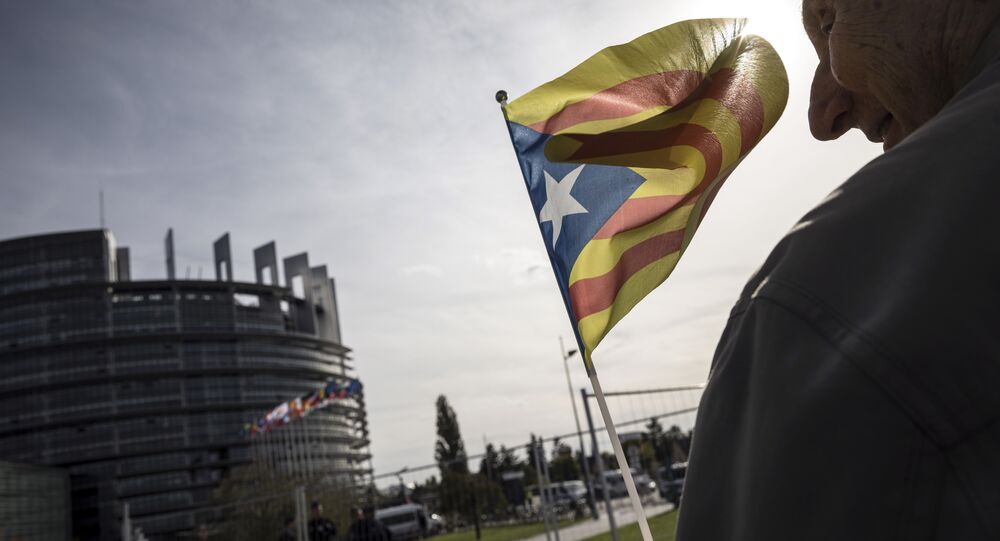 The Spanish authorities moved to deny Catalonia its autonomy immediately after the region's parliament voted for secession, prompting the majority of state leaders in Europe and America to back Madrid in the ongoing conflict.

ALMATY (Kazakhstan) (Sputnik) — Commenting on the situation in Catalonia on Saturday, Kazakhstan's foreign ministry said Astana considers it as "exclusively an internal affair of Spain."

"In its relations with the Kingdom of Spain, Kazakhstan adheres to the principle of respect for the sovereignty and territorial integrity of that country," the ministry stated.

The statement comes after Russia, the United States, the countries of the European Union and some states in Latin America spoke out against Catalonia's unilateral declaration of independence.

© AP Photo / Manu Fernandez
'Catalonia Could Be Foundation for What Will Happen Across the EU' - Economist
The Catalan parliament supported the region's independence through a vote on Friday; 70 regional lawmakers out of the 82 who took part in the vote backed secession. Minutes after that step, Spain's Senate voted to invoke Article 155 of the Constitution and thus impose direct rule on Catalonia by dissolving its local parliament and firing the devolved government.

In a later address, Spanish Prime Minister Mariano Rajoy sacked the regional government, including Catalan President Carles Puigdemont, and handed over their powers to the central government. He also set December 21 as a date for the election in Catalonia.

The contradictions between Madrid and Barcelona have been growing steadily since Catalonia held a referendum on independence from Spain on October 1. Despite only 2.26 million out of about 7.5 million of Catalans taking part in the vote, more than 90 percent backed the establishment of a sovereign Catalonia.