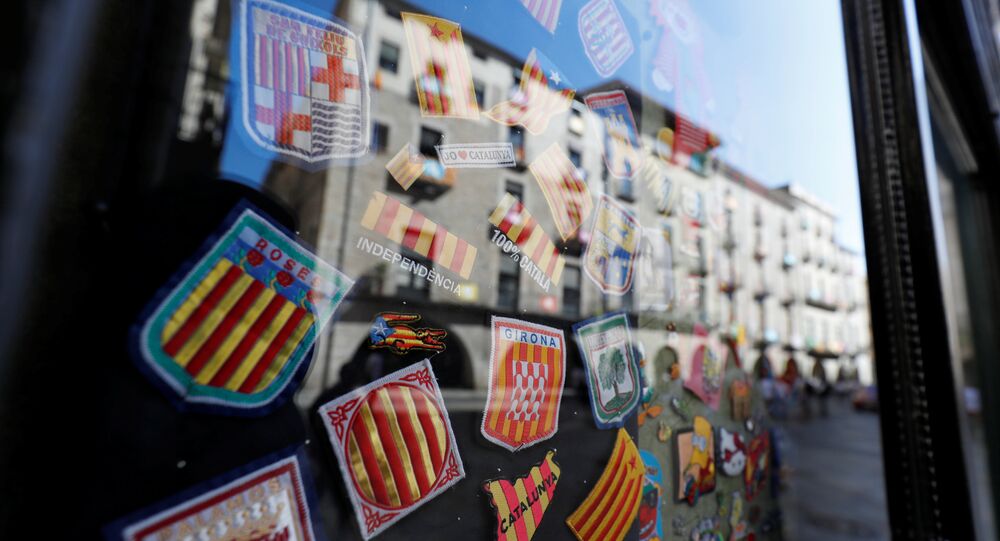 Two Spanish Congressional Deputies (MPs) and a prominent journalist have explained to Sputnik what could be behind Girona's decision to declare the King persona non-grata and opined whether this move could actually affect his ability to visit the city.

Oriol Amorós, a representative of the Republican Left of Catalonia party (ERC) told Spanish website Sputnik Mundo that it is a "symbolic gesture which demonstrates the rejection of the King's words and actions."

Ana Surra, a Spanish MP from the same party elaborated that it means the autonomous community of Catalonia wants to declare itself a Republic.

According to both deputies, in the Catalan issue, King Felipe VI has deviated from his responsibility of an "arbitrator and conciliator in the permanent activities of the state bodies," including the Catalan Generalitat, assigned by the Constitution.

"The King's televised address expressed exactly what could have been written by the ruling Spanish party [the People's Party, Partido Popular], which enjoys only 8 percent of public support in Catalonia. However it said nothing about any possible conciliation of parties," Oriol Amorós told Sputnik.

This decision of Catalonia’s Girona City Council won't have any impact on the movements of the monarch; he may visit the city any time he wants to, said Luis Rivas, Sputnik Mundo columnist and former Director of Information at EuroNews. He called it a political announcement, a result of the ongoing developments in the region.

The journalist also suggested that it has a certain connection with the upcoming football match between the Girona FC and Real Madrid, which is scheduled for October 29.

"The sporting event is to be turned into a political statement to the whole world and to the foreign mass media," Luis Rivas concluded.

© REUTERS / Ivan Alvarado
Invoking Article 155 Is 'Worst Attack' on Catalonia in Centuries
On Wednesday, Catalonia’s Girona City Council declared Spanish King Felipe VI persona non grata for his support of the decision of the Spanish central authorities to impose tough measures on Catalonia, including the suspension of its autonomy, in the wake of the independence referendum the region held earlier this month.

The Catalan authorities vowed to appeal Madrid's decision in the Constitutional Court.