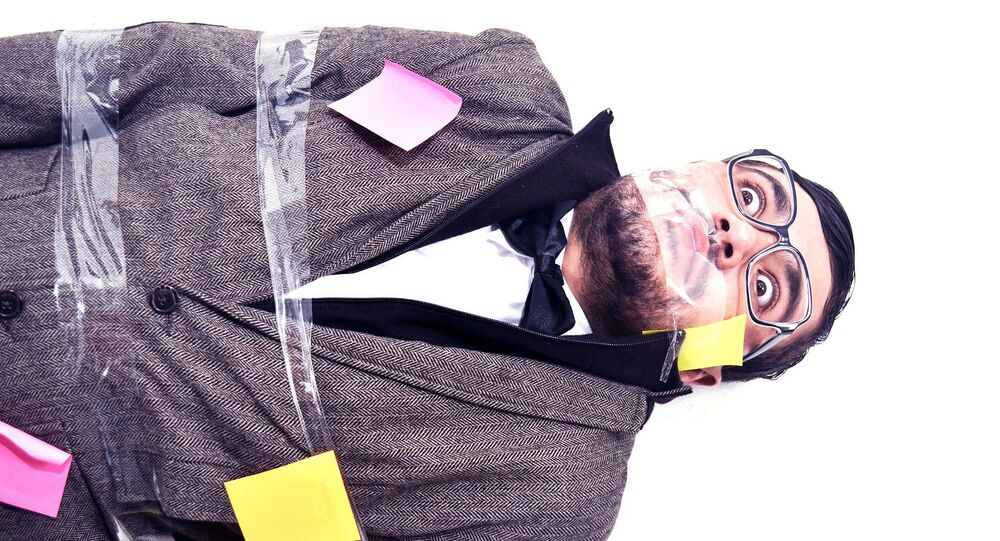 A Conservative MP has been severely rebuked and accused of 'McCarthyite' behavior after writing to British universities demanding the names of academics teaching about Brexit and the content of their courses. Such "soundbites and threats" are counterproductive in the academic debate on Brexit, Dr. Philip Catney from Keele University told Sputnik.

Chris Heaton-Harris, a Tory whip and Brexiteer, sparked outrage among British university bosses and staff after he wrote to them seeking the names of lecturers teaching about Brexit as well as requesting information about the content of their online lectures over the UK's exit from the European Union.

Dr. Philip Catney, senior lecturer at the School of Politics, Philosophy, International Relations and Environment at Keele University, admitted it was a "strange" and concerning request for the universities to receive.

"He gives no clear rationale for this information request and the interpretation of it naturally leads to concerns about the nature of academic freedom. Memorably, Michael Gove decried 'experts' during the referendum campaign and Brexiteers appear to have a problematic relationship with how issues like Brexit are discussed and debated. Universities have to teach many difficult and controversial issues and enjoy autonomy from the state in how we teach these," Dr. Catney told Sputnik.

Maybe he just wants them to explain it to him.

"If Brexiteers want to have their views presented in serious intellectual discussions inside universities then they should make a serious academic contribution to the debate through rigorously developed research. Soundbites and threats will prove counterproductive in such a debate," Dr. Catney added.

University chiefs have already revealed they will refuse to comply with the request by Mr. Heaton-Harris sent to vice-chancellors at the start of October asking for the names of any professors involved in teaching European affairs "with particular reference to Brexit."

The controversial letter provided no explanation for the request, but asked for a copy of each university's syllabus and any online lectures on Brexit.

The move has been met with sharp disapproval from British Prime Minister Theresa May, who immediately disowned him by insisting that the MP for Daventry was not acting on behalf of the government.

"Chris Heaton-Harris wrote to universities in his capacity as an MP, not as a representative of the government… The letter was sent in a personal capacity. Free speech is one of the foundations on which our universities are built and of course it should be respected," a spokesman for the UK premier said on Tuesday, October 25.

Lord Patten, the chancellor of the University of Oxford, called the letter an "extraordinary example of outrageous and foolish behavior — offensive and idiotic Leninism."

"I couldn't believe that it had come from a Conservative MP. I think he must be an agent of [Labour leader] Mr. Corbyn intent on further increasing the number of young people who want to vote Labour," Lord Patten said.

© AFP 2021 / Ben Stansall
UK Gov't 'Could Be Guilty of Biggest Cover-Up in Decades': Gina Miller on Secret Brexit Reports
David Green, the vice-chancellor of Worcester University, said: "[It] appears so innocent but is really so, so dangerous. Here is the first step to thought police, the political censor and Newspeak, naturally justified as 'the will of the British people,' a phrase to be found on Mr. Heaton-Harris's website."

There was serious criticism also from the opposition parties with Angela Rayner, the shadow education secretary, describing the Tory MP as acting like a "pound shop McCarthy."

"It would be deeply ironic if, even as the universities minister was unveiling his latest unworkable gimmick in the name of free speech, a senior Tory colleague was busy compiling a register of heretics," Ms. Rayner said.

"The last thing universities need is some kind of pound shop McCarthy telling them what they are allowed to teach. Academics and students are perfectly capable of critical thinking and discussion about policy issues like Brexit. If only we could say the same about Tory ministers," she added.

Layla Moran, education spokeswoman of the Liberal Democrats, called for Heaton-Harris to be sacked from his role as a whip. She demanded the MP explain his actions.

"This chilling letter could have come straight out of a dystopian novel. Conservative Brexiteers know they have lost the intellectual debate and now appear to be engaging in a witch-hunt," Ms. Moran said.

"This attempt by Chris Heaton-Harris to compile a hit-list of professors has the acrid whiff of McCathyism about it and Jo Johnson [the higher education minister] must disown it in the strongest terms," Ms. Hunt argued.

As criticism of Heaton-Harris's letter mounted, Mr. Johnson tweeted that the government was committed to protecting academic freedom. He admitted his colleague was "regretting very much" his decision, insisting it was being done to "pursue inquiries of his own" which may lead to a book on "the evolution of attitudes" to Europe.

Academic freedom —which we've just entrenched in statute in Higher Ed &Research Bill 2017! — is core to success +better protected than ever

"Chris was acting in an individual capacity as an MP rather than as a government minister… Chris has a very longstanding interest in European affairs and the history of European thought. I am sure Chris is regretting this very much. The critical thing is that the government is absolutely committed to academic freedom and to freedom of speech in our universities. A letter which could have been misinterpreted should probably not have been sent," Mr. Johnson admitted.

To be absolutely clear, I believe in free speech in our universities and in having an open and vigorous debate on Brexit.

Several Conservative party colleagues have defended Mr. Heaton-Harris, however, with one, Paul Scully MP for Sutton & Cheam, tweeting an image of a flyer for a "100 percent Remain" rally to stop Brexit in Bristol, with the message:

.@chhcalling this is what a lecturer was handing out to my daughter who spends £9k pa for him to be teaching engineering, not politics pic.twitter.com/yFLvsU8Acm

​Andrea Leadsom, the leader of the Commons and fellow Leave supporter, described the letter as being "very courteous and not at all threatening letter."

"Universities are bastions of free speech so to be horrified at somebody asking a simple question with no caveat or demands either implicit or explicit in it, it seems to me to be a bit odd that they should react in such a negative way," Ms. Leadsom said said.

Philip Davies, Tory MP for Shipley, attacked the "false outrage" from academics and suggested British universities had been "rumbled." He added that universities were full of "left-wing lecturers forcing their opinions on their students," and they should be "more balanced in their teaching."

As vice-chamberlain of Her Majesty's household, Mr. Heaton-Harris, 49, is the fourth most senior government whip. A longstanding euroskeptic, he was elected to the Commons in 2010 after a decade in the European parliament.