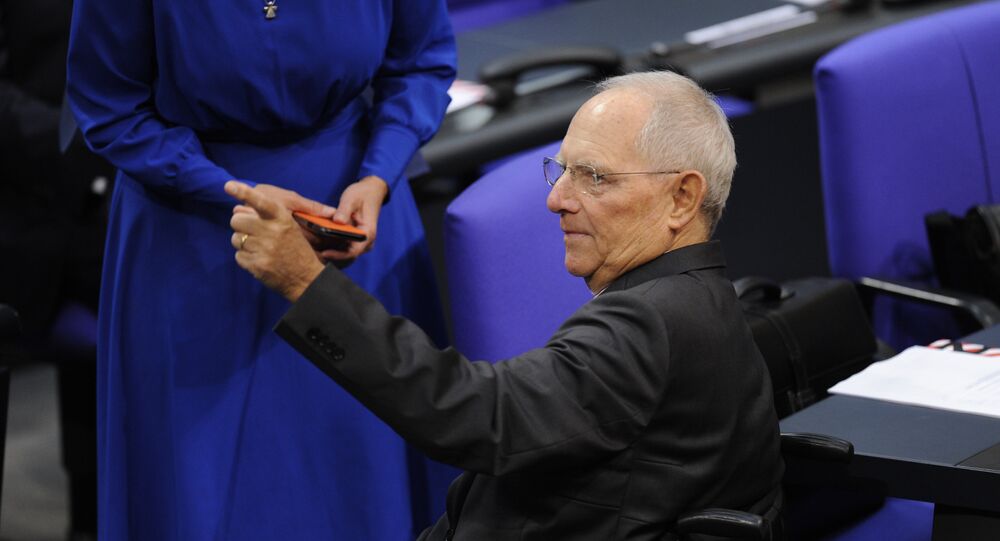 Exactly a month after the election, Germany's Bundestag has started its work on Tuesday, with Wolfgang Schauble, the longest-serving member of the Bundestag, being elected as the parliament's president.

The former German finance minister has been elected president of the Bundestag.

Sputnik has gathered some interesting facts about the 75-year-old politician.

Wolfgang Schäuble has been elected Bundestag president with 501 votes, against 173 No votes. #Germany pic.twitter.com/wTSUQNurvk

4. The new Bundestag president is an active supporter of a deeper European integration under Germany’s lead. His main motto is: “We Germans should continue to do everything we can to keep Europe together and as far as we can.”

5. Schauble is an active supporter of globalization: he also demonstrates a strong commitment to the transatlantic alliance with the United States. He spoke out in favor of the trans-Atlantic trade agreement (TTIP), which, however, has not been signed.

Congratulations, Wolfgang Schäuble, on the election to Bundestag president! #Bundestag