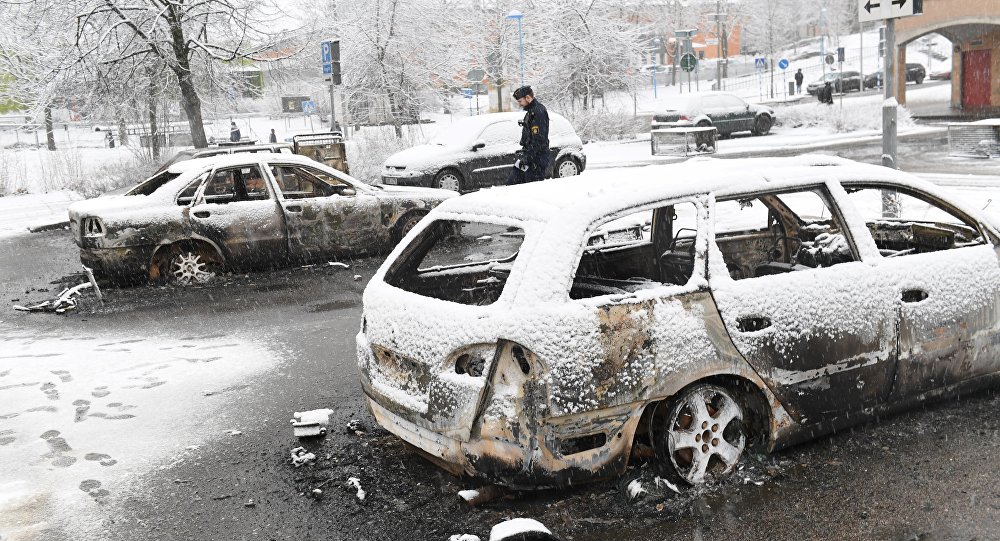 In recent years, Sweden has repeatedly placed itself at the top of various ratings of well-being. This apparent prosperity, however, might be questioned by the recent proposal by the Conservative Party to insert the military into the Nordic country's burgeoning ghettos to counter rampant crime, lawlessness and gangland violence.

In a recent bill submitted to the Swedish Parliament, a number of Conservative MPs requested to introduce combat troops into some of the country's most notoriously blighted areas, where the police have been proven unable to uphold law and order.

"In some parts of our country, Swedish law does not apply," reads the bill submitted to the Swedish Parliament and signed by about 20 Conservatives. The bill also features a list of the country's most notorious no-go zones, such as Rosengård, Tensta, Rinkeby, Husby and others.

"These areas are controlled by criminal gangs, who are armed and commit heavy crimes. Many young people in these areas look up to these gangs and rely on them as an alternative to work and education to make a career. These gangs will continue expanding area by area until someone finally stops them. It's necessary that something must be done immediately," the bill read further.

© AP Photo / Mindaugas Kulbis
Swedish 'Batman' to Weed Out Crime in Man-Made Ghettos
According to the Conservatives, this adverse trend may be broken by allowing the Swedish military, including UN-trained soldiers, to take over some of the police's duties in the vulnerable areas, such as maintaining public order and surveillance tasks. The idea is to free up the police, which would allow them to put more resources into investigating crimes, seizing gang leaders and stopping the proliferation of gangland crime.

Conservative MP Mikael Cederbratt, one of the signatories, wrote on his blog that Sweden is virtually "at war."

"It's absolutely imperative to do something, because these gangs are like cancerous tumors in our country's tissue. My absolute opinion is that we, the nation of Sweden, must declare war on gangland crime. And when at war, you use all of the society's resources," Mikael Cederbratt wrote.

"We read daily about shootings and violence. Now we want to check whether it is possible to strengthen the security in these areas with the help of the military," Conservative MP Annicka Engblom from the city of Karlskrona told the local newspaper Blekinge Läns Tidning.

However, this proposal has been seen as far too radical by members of the Conservative Party itself. Jimmy Baker, Conservative group leader in the town of Botkyrka, Greater Stockholm area, argued that using the military was a step too far.

"The bill is not serious. You might get the feeling it's pure wild west there, with people running around and shooting each other," Jimmie Baker told the local news outlet Stockholm Direkt. According to him, there are problems indeed, but nothing that coordinated efforts by police and security companies could not solve.

© AP Photo / Johan Nilsson/TT
Wild Wild North: Trigger-Happy Sweden Soon to Rival Mexico in Shootings
Meanwhile, the entire area of Northern Botkyrka has been classed as a particularly vulnerable area by the police. In the last two years alone, the number of police officers in the municipality has more than doubled. Erik Åkerlund, a local police area manager in Botkyrka, argued that the police could handle the situation on their own.

"We will continue to recruit and grow more every day and cooperate with other bodies tasked with fighting organized crime," Erik Åkerlund said, ruling out the necessity of military reinforcements.

Incidentally, inhabitants of Hallunda-Norsborg, yet another notoriously "exposed area," have mixed feelings about the Conservatives' proposal.

Twenty-one-year-old Hussein Amar admitted that although cars get burned down and it might be unsafe to go out in the evenings, it was still better to instead bring more police to the area. Fellow Hallunda native Dragica Borkovic argued that it would "feel like an outright war," with the military present in the streets. Solveig Nilsson, on the other hand, said the community was very insecure, citing widespread drug trafficking, among other things. Nevertheless, she argued that a military presence would feel "terrible" in modern Sweden, Stockholm Direkt reported.

​In Sweden there's been a restrictive view on the use of the military in police operations since the demonstration in Ådalen in 1931, where five people were shot dead by the military deployed to quell the uprising in the sawmill district. 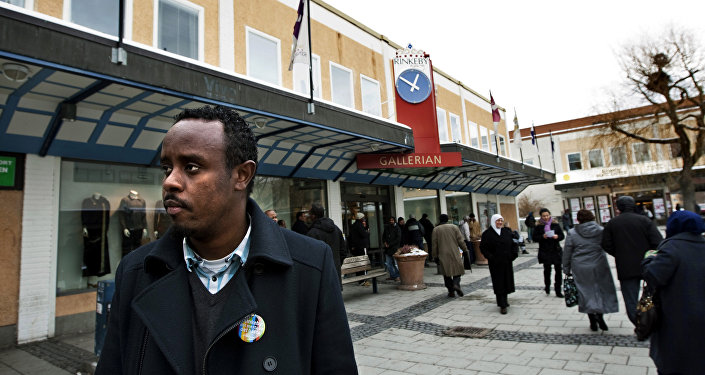 © AP Photo / Christine Olsson
Urban Jungle: Swedish Ghettos Too Dangerous for Police
Earlier this year, a rather gloomy police report suggested that at least 5,000 criminals and 200 criminal networks were lurking in the country's 61 ghettos (or "exposed areas" to use the Swedish police's politically correct jargon). In Stockholm alone, the number of shootings has gone up by a record 43 percent over the past three years alone, the Swedish police reported in September.

Meanwhile, the police force across the country keeps shrinking, as more officers choose to resign to protest low wages, too demanding routines and numerous occupational hazards. During the first half of 2017 alone, Sweden lost 609 policemen, Swedish Radio reported in August.