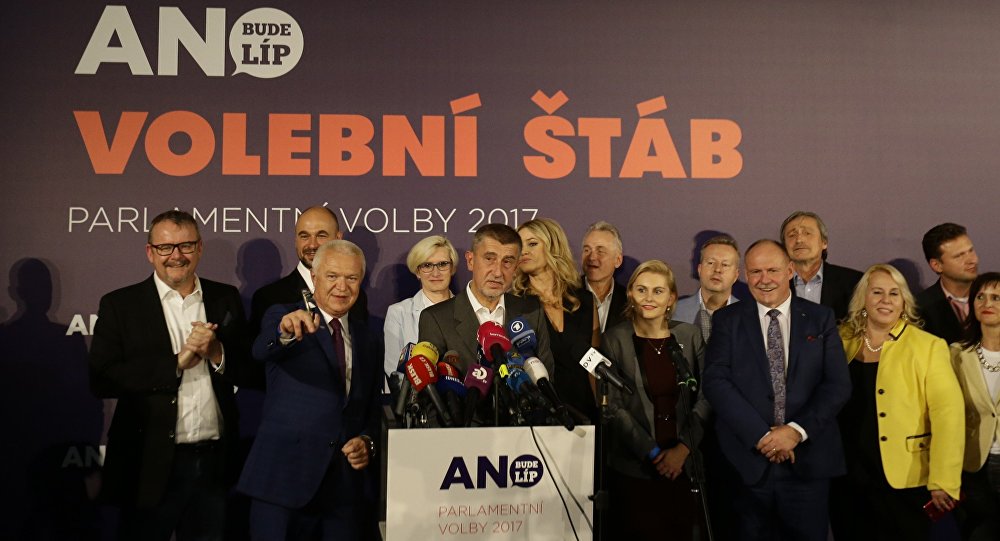 For the first time in the history of the Czech Republic the Czech centrist movement came first in all 13 districts of the country in a hotly-contested parliamentary election.

According to the final results of the vote, the Civic Democratic Party (ODS) came second with 11.32 percent of the votes, followed by the Czech Pirate Party (10.79 percent) and Freedom and Direct Democracy movement (SPD, 10.64 percent).

© AFP 2019 / DOMINIQUE FAGET
Two-Day Czech Parliamentary Election Enters Final Day of Voting
The other five parties that entered the country’s parliament are the Communists (7.76 percent), the Social Democratic party (7.27 percent), the Christian Democratic Party (5.8 percent), as well as the TOP 09 movement and the Mayors and Independents party with 5.31 and 5.18 percent of the votes, respectively.

This is the first time in the history of the Czech Republic that ANO, a centrist, populist, Eurosceptic, business-friendly party with Andrej Babis, a politician that's been dubbed the "Czech Trump" at the helm, came first in all 13 districts of the country.

Babis expressed his gratitude to the supporters and said the movement was open for cooperation with all political forces in the country. Experts are characterizing the politician as a Eurosceptic, who criticizes Brussels on a regular basis.

The Czech Republic held the two-day parliamentary election on October 20-21. According to the country’s Statistical Office, the turnout made almost 61 percent, with over 8.37 million voters casting their ballots.

Czech President: Militants Could Flee to Bosnia After Defeat of Daesh